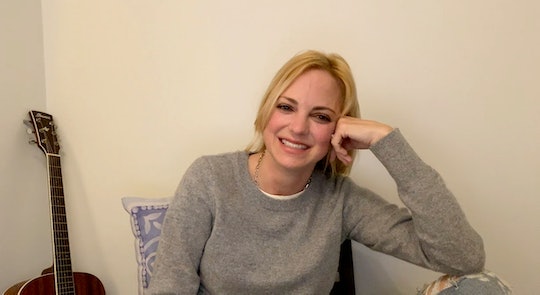 When Anna Faris married cinematographer husband Michael Barrett in 2021, she became a stepmom to his two children from a previous relationship. As mom to her own 10-year-old son Jack with ex-husband Chris Pratt, Faris clearly has experience dealing with kids. But when it came to finding a common bond with her stepkids, Faris admitted in a recent interview that it wasn’t exactly smooth sailing for their relationship. And apparently being a famous actress really got in the way of them connecting.

Faris told People that she felt “very immature” when she first started spending time with Barrett’s two kids. “I wanted to be a kid like them. I was listening to music so loudly, I was embarrassing them. I was always like, ‘Why don't they like me?’”

The Unqualified podcast host went on to say she believed that she didn’t give her stepkids “a ton of reason to cultivate a trusting relationship” with her in the early days, and she thinks her daily interactions as an actor could be to blame.

“Most people, even if they don't care for you, are really kind to you, which of course, inflates your ego or whatever, and you just don't tend to have a ton of rude or normal interactions,” she admitted to People. “And I think that I didn't respect the idea that I have a completely different relationship with them.”

Not only did The Estate actress find her footing with them eventually, it seems her stepkids taught her a little something about herself in the process. After Faris and Barrett got engaged in 2019 and went on to elope in 2021, the actress has begun to feel like she can accept love in her life. “This time, it has been easier for me to accept a lot of love,” she told Chelsea Handler on her Dear Chelsea podcast, per Vanity Fair. “I still kind of struggle with it but ... When I was younger, if there was a lot of love — I must've subconsciously liked a chase ... It feels healthier, though, whatever it is. It feels like I can be loved.”

Bonding through the pandemic also helped, as Barrett and Faris bought a camper van and a portable printer to stay safe and travel during lockdown. Now their big blended family appears to be handling life together just fine.