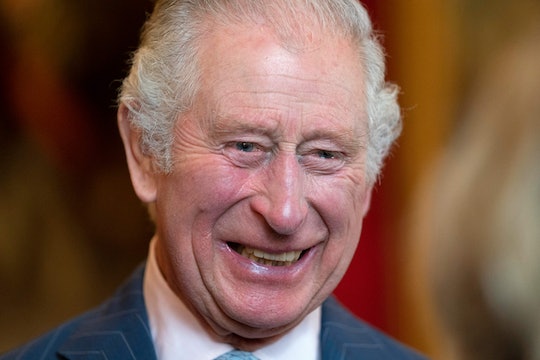 Archie Has A Short & Sweet Name For His Grandpa Prince Charles

Prince Harry and Meghan Markle’s 2-year-old son Archie may not get the chance to see his grandfather Prince Charles in person any time soon, but that doesn’t mean he doesn’t know him. In fact, Archie reportedly has a lovely name for the future King of England, taken perhaps from his own father’s affectionate name for his dad.

A royal source told The Scottish Sun that little Archie, who is big brother to 7-month-old Lilibet “Lili” Diana and so presumably setting the trend for family nicknames, calls Prince Charles “Pa.” Or at least he did on the occasion of Prince Harry’s 36th birthday in 2020, when Prince Charles reportedly had a Zoom visit with his son to wish him many happy returns. The source reported that the Duchess of Sussex baked her husband a special birthday cake so he could blow out the candles with Archie’s help and with his father watching. Archie was reportedly heard calling Prince Charles “Pa,” a name which reportedly “delighted” the future King.

Pa is also the term of endearment Prince Harry himself uses when speaking to his dad, as he did in this birthday message for Prince Charles from 2019 on the Duke and Duchess of Sussex Instagram page when he wrote, “Happy birthday to His Royal Highness The Prince of Wales - Sir, Pa, Grandpa!”

Prince Charles is “Pa” to Archie.

Pa could be short for Grandpa, of course. And certainly it’s an affectionate term of endearment not unlike Archie’s name for his own father. While he apparently started out using words like “Dada” and “Mama” as a baby, he has moved on to calling him “Papa.” Prince Harry even carries a briefcase embossed with the words “Archie’s Papa” on it.

As for Archie’s Cambridge cousins, they reportedly have a slightly more formal name for Prince Charles. Perhaps because they have two grandfathers so close by and need to distinguish between them both, they reportedly call Prince Charles “Grandpa Windsor,” according to The Daily Mail. Or at least that’s what 8-year-old Prince George calls him; presumably his 6-year-old sister Princess Charlotte and 3-year-old brother Prince Louis follow suit. Coincidentally, they all call their dad Prince William “Papa,” just as Prince Charles called the late Prince Philip “Papa.”

Pa and Papa are sweet, loving nicknames with a storied royal history. So lovely to see Archie part of that tradition.