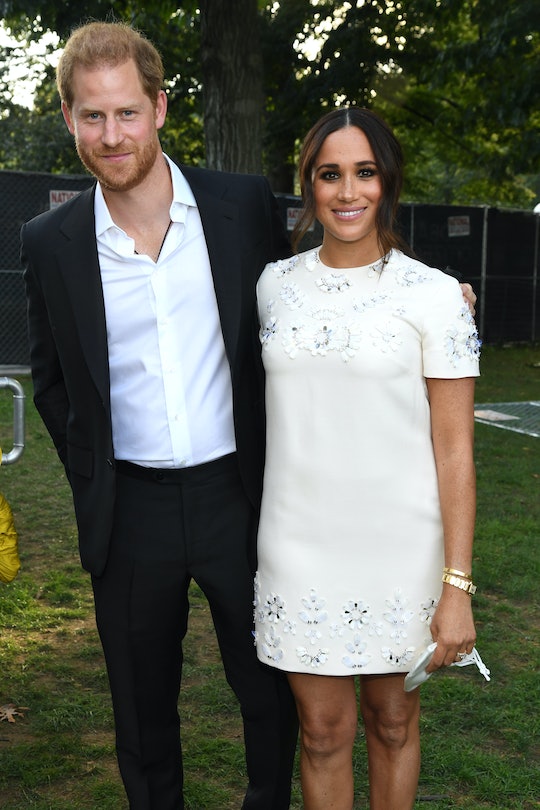 Prince Harry Has “Archie’s Papa” Embossed On His Briefcase

The Duke and Duchess of Sussex’s New York City visit marked their first trip away from their 2-year-old son Archie since the birth of his little sister Lilibet in June. A break from the kids might make for a romantic holiday, but that doesn’t mean the little ones aren’t top of mind for their parents. In fact, Prince Harry found a way to keep Archie close at hand with a sweet nod to his son in the most unlikely of places. His briefcase.

Harry and Meghan weren’t simply on a romantic holiday, of course. They met with leaders from around the world including Ambassador Linda Thomas-Greenfield. The couple sat down with the Ambassador at the United Nations last Thursday to discuss important matters like Covid-19, racial justice, and mental health awareness, as Thomas-Greenfield tweeted, and they clearly meant business. Because Prince Harry was seen carrying a portfolio briefcase into the meeting.

A personalized briefcase at that, although not with his own name. Instead, the briefcase read “Archie’s papa,” so if he loses it people will know to return it to Archie’s papa.

I hope no one else at the UN had a child named Archie. Otherwise there could be some serious confusion. Maybe he should get it changed to “Lilibet and Archie’s papa,” then it would be safe for sure.

Prince Harry is following in his wife’s footsteps with his Archie-inspired briefcase. Meghan has worn constellation necklaces with both of her children’s signs during a Zoom meeting in the past, and of course she’s written a children’s book called The Bench that was inspired by Archie and Prince Harry’s relationship. She even managed to include a nod to Lilibet in her book.

Seeing Prince Harry’s sweet shout-out to his son is actually a rarity for the men in the royal family. While both Kate Middleton and the Duchess of Sussex have worn jewelry in honor of their children, it’s uncommon to see one of the dads join the party. So Prince Harry proudly carrying a briefcase to an important meeting at the United Nations as “Archie’s papa” is something of a moment for the men of the royal family. A reminder that fathers might want to share their pride in their kids as much as moms. With jewelry, t-shirts, or even briefcases.