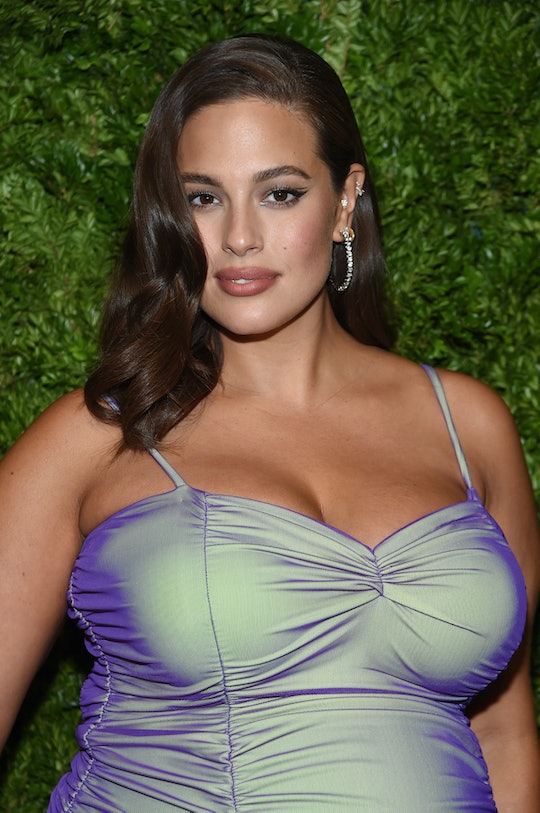 Moms are reminiscing about the struggle that is leaky boobs.

It’s a side effect of breastfeeding so many moms recognize all too well: a soaked t-shirt. A leak springs in between feedings, and there’s not much you can do to stop it. There’s no shame in it, we know that, but still. It can be embarrassing. Which is why Ashley Graham’s new Instagram post that included a photo of her own breastfeeding leak has moms feeling for her. They’ve been there.

Graham and her husband Justin Ervin welcomed twin boys Malachi and Roman on Jan. 7, instantly making them parents of three boys under the age of 3, including their 2-year-old son Isaac. Understandably, the model has been a bit quiet on social media since their arrival just a few months ago, but on Wednesday she shared a photo dump with her millions of Instagram followers.

“I like it when your body goes pump pump pump,” she captioned the slideshow of snaps on Instagram, including one of her pumping breast milk, a little video of one of her baby boys’ feet snuggling into her own foot, tummy time, and tandem back pats. And perhaps most notably of all, a photo of her soaked t-shirt where she clearly experienced a breast milk leak.

The photo had moms feeling all sorts of ways about their own experiences with leaks. “I'm triggered by the leak. happened to me during a work meeting, and no one told me until afterward,” wrote one, while another believed there was something worse than leaking breasts, “Ah the struggles of leaking boobs. Would take that any day over sneezing and peeing myself.”

Graham was nothing if not prepared for the trials and tribulations of breastfeeding twins. Before she gave birth to her little boys she was practicing breastfeeding two babies at once with a doll and her son Isaac’s toy dinosaur. And of course, she was breastfeeding son Isaac recently, so this isn’t exactly her first rodeo.

But the reality is, leaks happen. Especially when she needs a strong milk supply to feed two babies. What’s a mom to do? Be like Ashley Graham, maybe. Laugh it off, share a photo to remind people that there’s nothing embarrassing about breast milk on your shirt. It’s a natural side effect to feeding humans. Especially two little humans at a time.