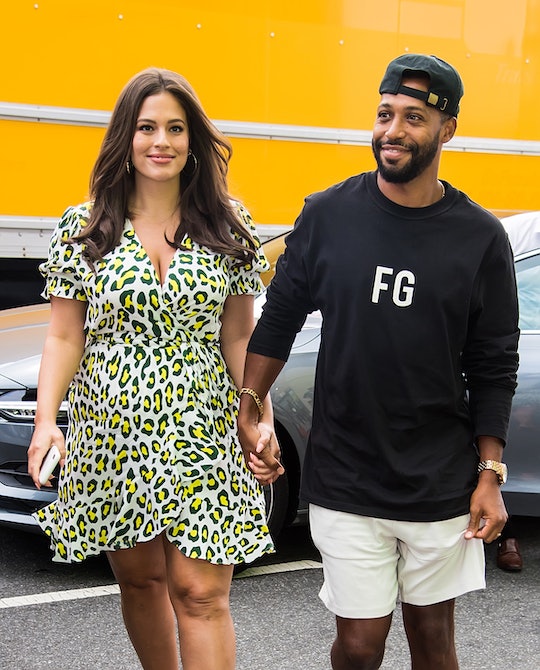 Ashley Graham has a double dose of happiness coming her way. The 33-year-old Sports Illustrated Swimsuit model announced on Monday that she’s about to be the mother of twin boys.

On Sept. 20, Graham posted a video on Instagram showing her two positive pregnancy tests to her husband, Justin Ervin, 32. Later in the video, the couple documented a moment from an ultrasound appointment when they discovered the sex of the babies — and that Graham is expecting twins.

“Is that twins?” the A New Model author asked in the video. “That’s a penis. And that’s a girl?”

When the doctor told her both were boys, Graham laughed. “Are you serious? We're gonna have three boys?”

Ervin could be heard in the background saying, “Are you joking me? Are you kidding me?”

The baby boys will join their son, Isaac Menelik, who was born on Jan. 18, 2020. Graham announced her pregnancy back in July with an equally sweet Instagram post. “The past year has been full of tiny surprises, big griefs, familiar beginnings and new stories,” she wrote on Instagram at the time. “I’m just beginning to process and celebrate what this next chapter means for us.”

Earlier this year, the Pretty Big Deal podcast host told WSJ Magazine that she was ready to have more kids. “I would get pregnant yesterday if I could,” Graham told the publication in January. “I’ve ‘accidentally’ had unprotected sex while I’m ovulating just to see if I can [get pregnant] while I’m breast-feeding.”

Graham has not yet shared her due date yet, but it’s likely fans will be keeping an eye on her Instagram for twin baby updates! As for the future big brother, Graham told Entertainment Tonight that she doesn’t think Issac has fully grasped the understanding of his new role.

“I don't know. I said, 'Do you know where the baby is?' and then he points to my stomach. So we got that far,” she told Entertainment Tonight. “And then sometimes he wants to kiss the baby so he goes like this, [kisses]. He curls his top lip in and bottom lip out, it's really sweet. So we got that far, but I don't think he understands the big brother aspect.”