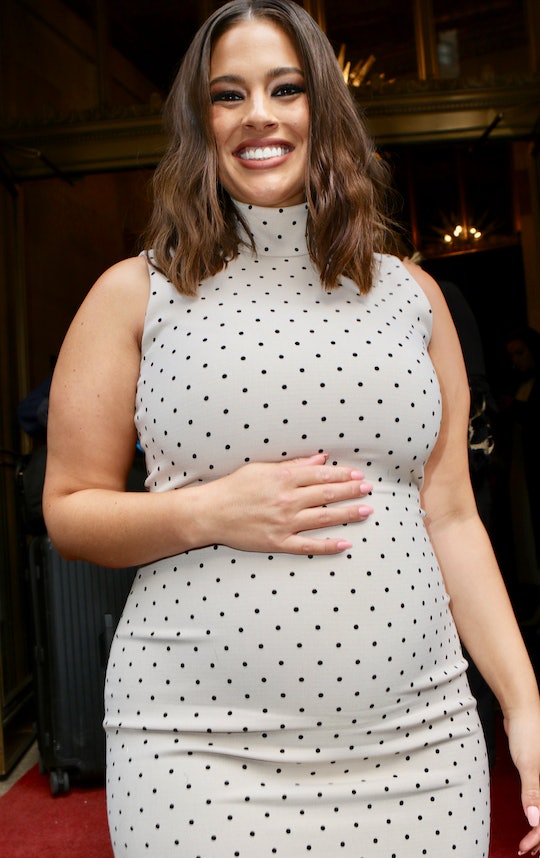 Little Isaac is going to be a big brother!

It looks like little Isaac is going to be a big brother in the near future! In a truly stunning Instagram post, Ashley Graham revealed on Tuesday that she’s pregnant and expecting her second child with her husband, Justin Ervin. The model, who gave birth to her first child in January 2020, shared on Instagram that she is ready to “process and celebrate” this next chapter of their lives.

Fans of Graham might not be too terribly surprised to learn that she is going to have a second child, particularly after she told WSJ. Magazine back in February that she “would be pregnant yesterday if I could.” The Pretty Big Deal podcast host also admitted in April when she was a guest host on Ellen in a conversation with fellow mom Amy Schumer that she and Ervin were ready to have another baby. “Working on it currently,” she told Schumer. “Like in this moment currently working on it.”

Apparently all of that “work” paid off. In her pregnancy announcement, Graham is standing outdoors while cradling a baby bump. “The past year has been full of tiny surprises, big griefs, familiar beginnings and new stories,” Graham captioned the photo taken by her husband of 10 years. “I’m just beginning to process and celebrate what this next chapter means for us.”

Graham didn’t share the due date for her second child or the sex of the baby in her post, but that certainly didn’t stop some of her fellow celebrity moms from sharing their excitement about the news. Model Helena Christensen wrote, “Oh how wonderful beautiful mama and papa,” while Mindy Kaling responded with a bunch of heart emojis.

This is the second time the expectant mom has surprised fans with a baby bump pregnancy announcement. She and Ervin shared news of their first pregnancy on their ninth wedding anniversary, with a sweet video of the loved-up couple that eventually panned down to her baby bump in August 2019. She gave birth to baby boy Isaac just five months later.

One things fans can presumably expect from Graham during this second pregnancy is honesty. This mom has been incredibly open about so many taboo subjects like postpartum hair loss, sex after giving birth, breastfeeding on the job... she keeps it real. So it’s probably safe to say that she’ll keep it real the second time around.