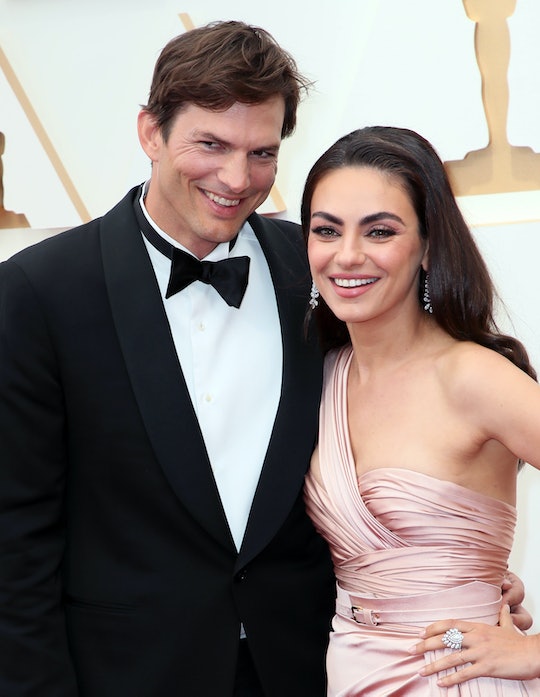 Ashton Kutcher and Mila Kunis might not post to social media as much as other couples in the spotlight, but when they do, they do it right. Kutcher recently took to Instagram to share a sweet and funny video of the duo taking the couples question challenge together. The former costars are impressively compatible and agree on the answers to most of the questions, like the romantic milestone of who said I love you first. But definitely don’t expect them to hash out who the funny one is.

The couples question challenge became popular in 2020 when people quarantining were looking for something entertaining to do online to pass the time. Kutcher poked some fun at himself and his talented wife for hopping on the viral bandwagon a little late. “Grandma and Grandpa hopped on a trend 3 months late. But it made us laugh,” Kutcher captioned the post.

Here’s a breakdown of what the couple don’t see eye to eye on:

As for the things that Kutcher and Kunis mutually agree that Ashton can take credit for, some of it reflects well on the father of two — and some of it not so much. While both were on board that he said I love you first, is more patient, is a better singer, and works out more; he was also pegged for being more spoiled and requiring more attention.

Kunis on the other hand, took the cake for being healthier and having and more clothes. But the Bad Moms star and IRL mom also took the rap for being more stubborn, being a bigger baby when sick, being more annoying when hungry, and never being wrong.

Famous pals were quick to chime in. Alanna Masterson, star of The Walking Dead, was thoroughly amused and dropped a quick “Hahahahahahaha” in the comments.

The California couple have been unflinchingly honest in the past about their lives as parents to 7-year-old daughter Wyatt and 5-year-old son Dimitri. They’ve even been willing to share parenting fails, so it’s no surprise that they would be open about their marriage too.

Now that we learned so much about this genetically blessed duo, it’s only fair that they keep the viral content coming. Yes please to all the forthcoming Kutcher-Kunis choreographed TikTok dances.