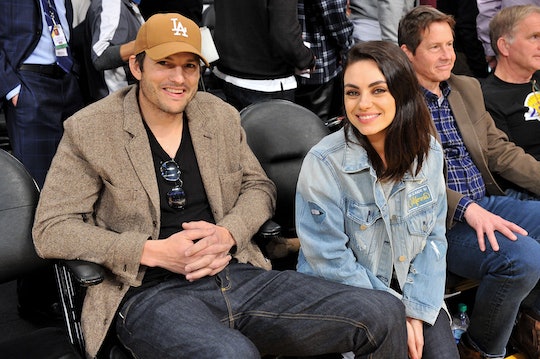 “This will get me in trouble.”

How does the saying go? “Show me a perfect parent and I’ll show you a liar?” Something like that anyhow. Mila Kunis is no liar. The mom of two revealed her biggest parenting fail in a recent segment for Mom Confessions, and prefaced it by saying the story was probably “going to get me in trouble.”

Kunis and her husband Ashton Kutcher are unfailingly honest about their lives as parents to 6-year-old daughter Wyatt and 4-year-old son Dimitri. Who could forget that whole viral bathing thing they went through in June after they admitted they only bathed their kids when they “could see the dirt”? Well it seems their parenting chronicles don’t end there. When asked about her biggest parenting fail, Kunis had a story to share with The Ellen Show’s Mom Confessions she’s pretty sure “is going to get me in trouble.” According to Kunis, it starts with a kid at her daughter’s preschool who “wasn’t very kind.”

“My daughter came back and was like ‘such and such little kiddo pushed me,’” the Bad Moms star reported. It seems it was one of those unfortunate situations that happens sometimes. But Kunis’ reaction was... a strong choice.

Mila Kunis had a strong reaction to a kid pushing her daughter.

Her husband, however, did not support this advice to retaliate against a preschooler. “I turn around and I see Ashton’s face and he was like, ‘Nooooo!’”

That did not stop Kunis from sticking to her guns, however. “I was like, ‘You stand up for yourself, and you say ‘No thank you.’ You don’t push him off of a ladder or off of a swing, or off of a slide, but if you’re on the ground, even steven, you push him back.’”

Bullying is a serious problem for kids, of course, and it’s tough for a parent to see their child suffer. But perhaps advising your child not to retaliate with pushing, even if you give them parameters about how high off the ground might be acceptable, is not the answer. As Kunis concluded, “I would say that that’s a parenting fail.”

More Like This
Lisa Marie Presley’s Daughter Posted A Beautiful Throwback Photo With Her Late Mom
Marie Kondo Gives Up Tidying Post-Kids, Sparking Joy For Moms Everywhere
Sally Field Is The Ultimate Cool Mom Who Once Tried To Set Her Son Up With An Olympian
10 Of Julia Louis-Dreyfus' Best Quotes On Motherhood & Raising Her Sons
What Parents Are Talking About — Delivered Straight To Your Inbox