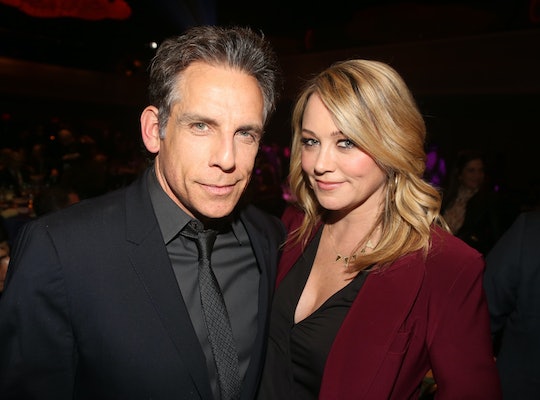 “It's been really wonderful for all of us.”

Quarantine, homeschooling, and sheltering in place haven’t been the easiest for one lovely piece of news. Apparently it helped get Ben Stiller and Christine Taylor back together after separating in 2017. In a new interview with Esquire, Stiller confirmed that he and Taylor had reunited. And apparently it all started when he moved back into the family home during quarantine to be closer to their two kids.

The Zoolander co-stars announced in 2017 that they were separating after 18 years together. “With tremendous love and respect for each other, and the 18 years we spent together as a couple, we have made the decision to separate,” they said in a joint statement at the time, as Page Six reported. “Our priority will continue to be raising our children as devoted parents and the closest of friends. We kindly ask that the media respect our privacy at this time.”

So much has changed since then. Stiller lost his father, comedy legend Jerry Stiller, who died in May 2020. The pandemic happened. And in an effort to be with their children, 19-year-old daughter Ella and 16-year-old son Quinlin, he moved back in with his family in the early months of quarantine.

“Then, over the course of time, it evolved,” he told Esquire. “We were separated and got back together and we're happy about that. It's been really wonderful for all of us. Unexpected, and one of the things that came out of the pandemic.”

The funny thing is, Stiller and Taylor have seemed like a couple even throughout their separation. They were out at an event together in October, and Taylor told Us Weekly at the time, “We’re a big family. We’re together all the time.”

Perhaps it was all that time together that helped them see their way back to each other. Stiller told Esquire, “I think we have a respect for the ways that we're similar and the ways we're different. And I think accepting that, you can really appreciate someone more because you're not trying to get them to change for you. Once you accept that, you save a lot of energy. ‘This is something that works for me; this is something that doesn't work for me.’”

How lovely that the pandemic (and their kids) brought this wonderful, thoughtful couple back together.