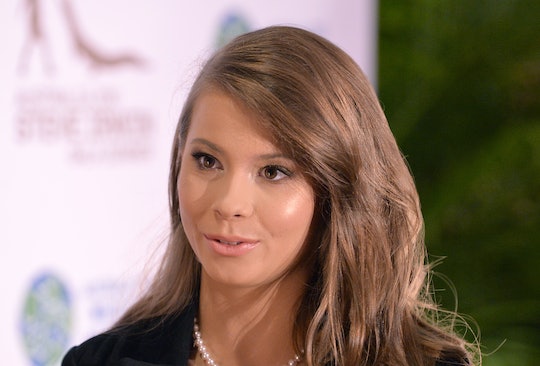 “I need some time to focus on the happiness that is my family.”

Roughly three months after she became a mom for the first time, Bindi Irwin announced on Monday that she plans to take a break from social media. Now that she and husband Chandler Powell are parents to their daughter Grace Warrior, she shared that she wants to take time to focus on the things that make her happy.

The 22-year-old wildlife conservationist and daughter of late “Crocodile Hunter” Steve Irwin reached out to her 4.7 million followers on Instagram to explain that she would be taking a break from social media for the next month “to be with my beautiful daughter and my wonderful family.”

“I feel tremendously grateful to share our life and conservation work with you but I need some time to focus on the happiness that is my family (both human and animal),” she added.

Irwin gave birth to daughter, Grace Warrior Powell, whose middle name is a tribute to her grandfather and Wildlife Warrior Steve Irwin, on March 25. Since then, she has continued to work at the Australia Zoo and keep her fans updated on her life as a new mom with frequent social media posts.

Bindi Irwin is taking a break from social media.

A new photo of little Grace accompanied her post, as did a message about mental health awareness. “Surround yourself with the light of people who genuinely care about you and will support you during the good times and the hard times,” she ended her message. “Remember there are helplines available. Mental health deserves more understanding and support instead of being dismissed or patronised. You are absolutely worthy of love and kindness.”

Irwin’s decision to step away from social media came the day after her “appreciation post” for Father’s Day opened up a bit of family turmoil. She shared a photo of her late father, her father-in-law, and husband, and when asked why she had excluded her grandfather Bob Irwin in a since-deleted message on Facebook, per Page Six, the new mom admitted their relationship is strained. She alleged that he had not been in contact with her or her family, which must have been difficult to discuss publicly.

Taking a break from social media certainly sounds as though it would be a welcome respite. Time to bond with her baby girl, enjoy her new role, and focus on happiness.