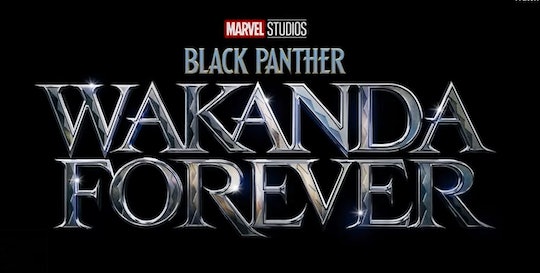 Here's Everything We Know About 'Black Panther: Wakanda Forever'

Praise the ancestors for this news!

Next year, we are going back to Wakanda! The Black Panther sequel titled, Black Panther: Wakanda Forever, is set to be released July 8, 2022.

Marvel broke the news during a mega trailer that celebrated all of its movies. The sequel to the 2018 movie, starring the late Chadwick Boseman, is part of Marvel’s MCU Phase 4 movies, which also include Ant-Man and the Wasp: Quantumania, Black Widow, Shang-Chi, Guardians of the Galaxy 3, and a Captain Marvel sequel titled The Marvels.

We did some digging and found out everything we could about the highly-anticipated sequel. Starting with the number one question...

Will Black Panther be recast?

The simple answer: No. Back in January, Marvel Studios president Kevin Feige shared with Deadline that Boseman’s T'Challa character would not be recast in the next movie. Boseman immortalized the character in the 2018 movie and Captain America: Civil War. The Ma Rainey actor died last August after silently battling stage III colon cancer at the age of 43.

“We’re not going to have a CG Chadwick and we’re not recasting T’Challa,” Feige said. “Ryan Coogler is working very hard right now on the script with all the respect and love and genius that he has, which gives us great solace, so it was always about furthering the mythology and the inspiration of Wakanda. There’s also the task of honoring and respecting the ongoing learnings and teachings from Chad as well.”

“At the same time we have a leader in Ryan, who feels very much like we do, who feels the loss in a very, very real way as well," Nyong'o told People. "And his idea, the way which he has reshaped the second movie is so respectful of the loss we've all experienced as a cast and as a world."

Will Michael B. Jordan be returning?

Let’s not hold our breath. In the 2018 box-office movie, Jordan’s character, Erik Killmonger (who was also T’Challa’s cousin), is killed by the Black Panther.

“Bury me in the ocean with my ancestors because they knew death was better than bondage,” was one of the most iconic lines in the movie.

Despite the buzz, the 34-year-old actor says don’t count on his return.

“Never say never. I can't predict the future,” the Creed star said on SiriusXM's Jess Cagle Show. He added, “I honestly don't know much at all. All I know is they're developing a script that is a reflection of a lot of circumstances and tragedy that we had to deal with this past year,” reflecting it back to Boseman’s passing. “I know Ryan and Marvel are going to do the absolute best job at developing the story in a way that makes everybody happy and satisfied and honors Chad and moves forward with grace."

Nyong'o, Winston Duke, Danai Gurira, Letitia Wright, and Daniel Kaluuya are all expected to return and reprise their roles. Black Panther director Coogler has been very private about specific details on the sequel. Coogler inked a five-year deal with Disney with includes the Black Panther sequel and a Marvel series about Wakanda that will premiere on Disney+.