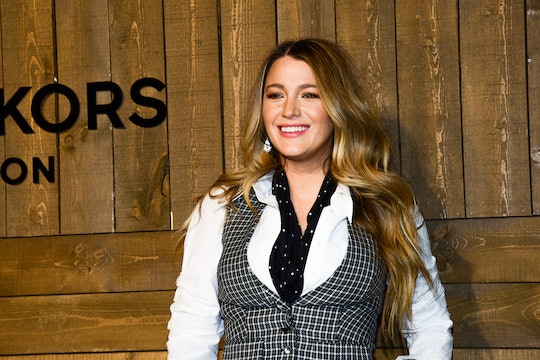 “Do you do background checks on the photographers you pay to stalk children?”

Blake Lively and Ryan Reynolds staunchly protect their children’s privacy. Though they’ll share funny stories about their girls here and there, the couple has made it clear that paparazzi photos of their kids — daughters James, Inez, and Betty — should remain off limits. However, not all publications have respected this request. The Gossip Girl actress recently revealed the truth behind a now-deleted post by the Daily Mail Australia featuring paparazzi photos of her and her young daughters in New York City.

Earlier this week, the tabloid shared a post of the Age of Adeline actress holding one daughter in her arm while pushing a stroller with the other. In the caption, the Daily Mail Australia implied that Lively was happily waving to the cameras. “Blake Lively is a hands-on mum as she expertly wrangles all three daughters while OUT in NYC,” the caption of the post, which has since been deleted but was reposted by the @commentsbycelebs Instagram account, read.

But pictures — and captions — can be deceiving. The 33-year-old mother of three commented under the Daily Mail Australia’s post before it was deleted to set the record straight. “You edit together these images together to look like I'm happily waving. But that is deceitful,” Lively wrote. “The real story: My children were being stalked by a man all day, jumping out, and then hiding. A stranger on the street got into words with them because it was so upsetting for her to see. When I tried to calmly approach the photographer you hired to take these pictures in order to speak to him, he would run away — and jump out again at the next block.”

Lively continued, “Do you do background checks on the photographers you pay to stalk children? Where is your mortality here? I would like to know. Or do you simply not care about the safety of children?” Lively added that she agreed to smile and wave to a photographer who did speak to her if it meant they would leave her and her family alone because “it was frightening.”

“Please stop paying grown a** men to hide and hunt children,” she wrote to the tabloid. “There are plenty of pictures you could’ve published without the kids. Please delete. C’mon. Get with the times.”

The Daily Mail Australia ultimately listened to Lively’s plea and deleted the post. And after the actress’ comment to the tabloid was captured by @commentsbycelebs, she used the opportunity to encourage people to stop supporting publications that publish pictures of celebrities’ children.

“One simple thing people can do is stop following and block any publications or handles who publish kid’s pictures,” she wrote. “Feel free to report them. Or send a dm sharing why you don’t follow them. But it’s a simple way of only aligning with publications who have morality. And so many do. All are trying to service an audience. So if that audience makes it clear they don’t want something — like photos of children obtained by men frightening and stalking them — the publication or account will do what the audience wants.”

“It’s the only way that so many have already stopped,” she continued. “Because the people demanded it. So thank you to everyone who’s made that difference already. And thank you again for sharing. It’s f*cking scary.”

Lively and Reynolds are just two of many celeb parents who’ve asked the media to respect their children’s privacy. Gigi Hadid, for example, asked publications to blur her newborn daughter’s face in images of her and Kristen Bell and her husband Dax Shepard are strong proponents of “No Kids Policy.”

Each parent has their specific reason for wanting to keep their children out of paparazzi images, but Lively perhaps put it best: “Get with the times.”