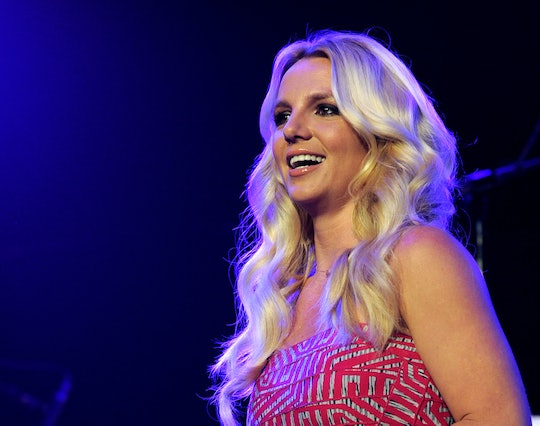 Britney Spears Wants Another Baby, But Says Her Dad Won’t Let Her Remove Her IUD

“They don’t want me to have children — any more children.”

After 13 years of living within the confines of a conservatorship, Britney Spears delivered a powerful and heartbreaking 24-minute public statement to Judge Brenda Penny about what it has been like for her. The 39-year-old pop star spoke about many aspects of her life, including the lack of power she’s had to make even the most fundamental decisions about her own body. Spears, a grown mother of two children, said she isn’t allowed to have her IUD removed so she can have more children.

For that reason and many more, Spears asked Judge Penny to end her conservatorship, which is headed by her own father Jamie Spears as well as a team of managers, during her emotional testimony on Wednesday. The conservatorship first began when Spears was hospitalized after a breakdown in 2008, and her account of what her life has looked like since then is shocking. Particularly the lack of autonomy she has when it comes to making decisions about her own body and relationships.

“I was told right now in the conservatorship, I’m not able to get married or have a baby, I have a (IUD) inside of myself right now so I don’t get pregnant,” Spears said. “I wanted to take the (IUD) out so I could start trying to have another baby. But this so-called team won’t let me go to the doctor to take it out because they don’t want me to have children — any more children.”

For the past 13 years, Spears’ two sons — 15-year-old Sean Preston and 14-year-old Jayden — have been living with their father, Spears’ ex-husband Kevin Federline. She has access to her sons that continues to be controlled by other people. And now, as she told the judge, she can’t even decide whether or not she would like more children. As though it isn’t her body at all.

“We stand in solidarity with Britney and all women who face reproductive coercion,” McGill Johnson said. “Your reproductive health is your own — and no one should make decisions about it for you. Every person should have the ability to make their own decisions about their bodies and exercise bodily autonomy.”

Ultimately, Spears said she wants the conservatorship to end, without further evaluation. “I shouldn’t be in a conservatorship if I can work. The laws need to change,” she told the judge. “I truly believe this conservatorship is abusive. I don’t feel like I can live a full life.”

“I’m tired of feeling alone,” Spears continued. “I deserve to have the same rights as anybody does, by having a child, a family, any of those things, and more so.”

More Like This
Ginger Zee Had A Perfect Response After A Troll Asked Her "Who's Raising Your Kids?"
Catherine Reitman Calls It Like She Sees It: “Being A Working Mother Is Impossible”
Janet Jackson's Son Eissa Is A Little Musical Prodigy In The Making
Jenny Slate Played Our Parenting Edition Of Never Have I Ever & Here’s What We Learned