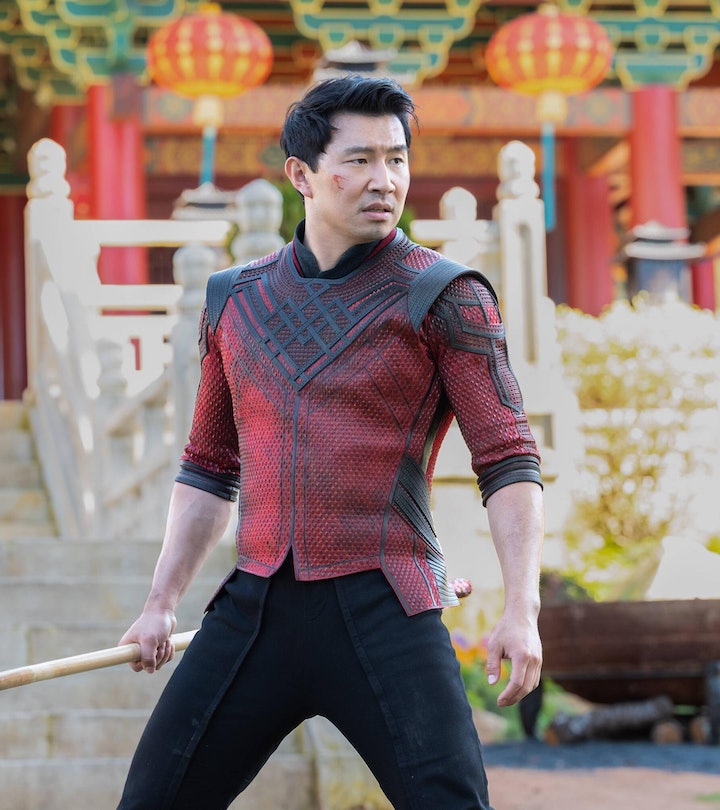 Can My Non-Asian Child Dress Up As Shang-Chi For Halloween?

The film has enough pop culture clout to make social change, uplifting audiences of all ages who have longed to be seen.

Walking out of the movie theater last month, I was already talking about how I couldn’t wait to fawn over the Asian sibling pairs who would dress up as Shang-Chi and his fierce sister, Xialing, for Halloween this year. I felt so ready. It seemed official that positive Asian American representation in the media is now normal for my 8-year-old son, who does not remember a life without it.

But what of non-Asian children dressing as Shang-Chi characters this Halloween? Will this be a step in the right direction for our society or could it go terribly wrong?

The highly-anticipated first major superhero movie featuring an Asian lead, Shang-Chi and the Legend of the Ten Rings (PG-13), broke box office records, holding the number one spot consecutively for over three weeks and generating over $212 million in the US and $400 million worldwide. Starring a predominantly Asian cast, including Simu Liu (Kim’s Convenience) and Awkwafina (Raya and the Last Dragon), it is directed and co-written by Asian American filmmaker Destin Daniel Cretton (Just Mercy). The meticulous care the filmmakers and the cast take to ensure this history-making blockbuster delivers on entertainment as well as authentic representation is commendable. Fittingly, the Disney Marvel Studio film is now the highest-grossing movie in the U.S. so far this year.

Will this change in perception, representation, and acceptance affect my child and other Asian American kids like him, moving forward?

Until recently, BIPOC children did not have mainstream, leading superheroes who looked like them. Works like Black Panther and Spider-Man into the Spider-Verse are beginning to change that. Shang-Chi now joins the ranks as a production with enough pop culture clout to make social change, uplifting audiences of all ages who have longed to be seen.

“Especially in light of the surge in anti-Asian racism during the Covid-19 pandemic,” says Russell Jeung, professor of Asian American Studies at San Francisco State University and co-founder of Stop AAPI Hate, a nonprofit initiative that recorded over 9,000 hate incidents against Asian Americans and Pacific Islanders since March 2020, “[Shang-Chi's success] signals a major change in how we’re perceived and represented and accepted.”

This “Deluxe Kids Shang-Chi Costume” is $34.99.HalloweenCostumes.com
Shang-Chi's little sister, Xialing, will also be a popular character this year.Marvel
1/2

Will this change in perception, representation, and acceptance affect my child and other Asian American kids like him, moving forward? As much as I hope that the empowerment message from Shang-Chi and other works like it will carry through and become a formative part of his identity, he is also living through a historic surge in anti-Asian hate — the ultimate effects of which we really won’t know for years. Undeniably, books, movies, and shows offer a much needed escape during these challenging times for children and adults alike. Having diverse superheroes who represent marginalized communities right now is especially impactful.

"I'm a mom. I know how important fantasy and make-believe is for young children. It's universal,” says Sung Yeon Choimorrow, Executive Director of the National Asian Pacific American Women’s Forum (NAPAWF). “And when children can look up to a wider band of superheroes from an authentic place of imaginative play and unrequited joy, it expands their ideas of who is and what a superhero looks like… which, in the end, is limitless."

While the point of movies like Shang-Chi reaching mainstream popularity is for children of all backgrounds to be able to love heroes of all kinds, there is more nuance to this. What if, for example, the execution of the costumes included yellow face makeup and the taped-up “Asianized” eyes that have become a part of the “fox-eye” trend?

Cindy Joung is a director at Gold House, a high-profile nonprofit dedicated to enabling more authentic multicultural representation and societal equity for Asians and Pacific Islanders that co-organizes #GoldOpen campaigns. “Dressing up as Shang-Chi by wearing the dragon scale suit and donning ten rings on your arms because you want to fight bad guys and join the Avengers is good,” says Joung, who is also a mom to a 5-year-old daughter. “Pulling your eyes back and uttering ching-chong noises while in a Shang-Chi costume — or ever — is, of course, not OK.”

For me and the Asian American community leaders who weighed in on the topic, the answer to this question of whether non-Asians can dress as Shang-Chi boils down to yes, with a big caveat that the costume must be of the fictional character, not the race.

Similarly, in an informal poll I conducted in the Facebook Group “Modern Asian Moms,” 772 moms voted “yes,” it’s OK for non-Asian kids to dress as Shang-Chi, while 18 voted “depends,” with comments about as long as there is no yellow face in the costume and it is worn with admiration, not mockery. No one voted “No.”

But whether your kids want to dress up as Pocahontas, Black Panther, Maui, or Shang-Chi, we must ask ourselves what the costume actually represents.

“Shang-Chi, from the outset, is the product of cultural appropriation; the character was created by Marvel writers Steve Englehart and Jim Starlin, inspired by their own orientalist fascinations with I Ching,” says new dad Takeo Rivera, assistant professor of English at Boston University and a specialist in Asian American cultural production and performance. “In fact, Shang-Chi was originally supposed to be the long-lost son of that infamous yellow peril figure Fu Manchu.”

Though the Marvel character has evolved and assumed significance for modern Asian Americans, Rivera states that any claim to cultural “authenticity” is moot. Despite the controversial origins of the title character in the comics however, the Shang-Chi movie is a monumental moment in Asian American representation that deserves celebration and support. But whether your kids want to dress up as Pocahontas, Black Panther, Maui, or Shang-Chi, we must ask ourselves what the costume actually represents. Is it purely corporate-backed fiction or do the roots go deeper? Is the character a problematic caricature of an actual historical figure? And how does the costume affect people it’s supposed to represent?

“It will be the parents' job to make sure children understand the context,” says Jang Cho, a child and adolescent psychiatrist and advocate for AAPI mental health, adding that it’s also the parents job to ensure “that cultural appropriation is not being perpetuated as in the past.”

Works like Shang-Chi are rich launching pads for kids to expand their worldviews and learn about different cultures through conversations about the stories and characters, which parents can help expand into relevant topics such as racism. Chances are, parents who are asking themselves if a costume is culturally sensitive already have the awareness and intention to help make this holiday a joyous one for all. At the same time, I can’t forget the times I’ve felt sucker punched when I’ve come across someone dressed up as “a geisha,” “a Chinese girl,” or an “Indian.”

The weightiness of real life has been tough for us all, especially the kids. The last thing anyone wants is to take the delight out of this holiday, but there is a way for us to celebrate without deflating others. One child’s fun should never cause another pain. After all, Halloween is a holiday like no other — a time of fantasy, imagination, and escape imbued with the magic that we can all use a bit more of in our lives.