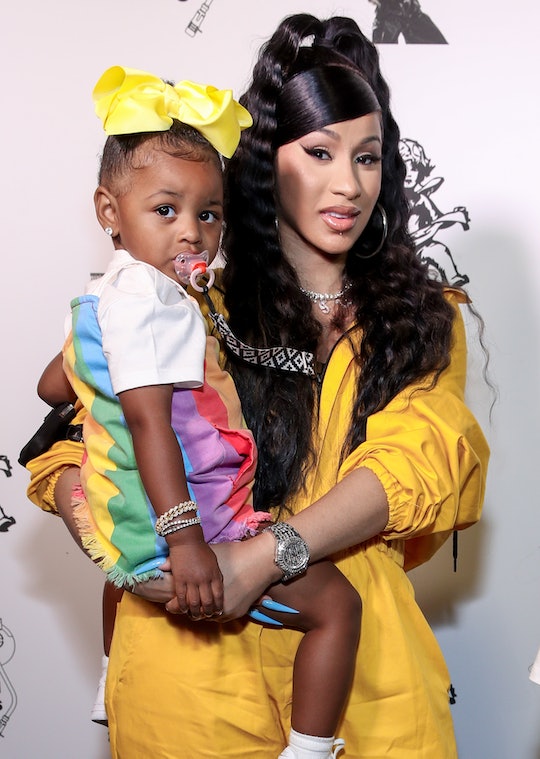 Cardi B & Offset Gave Their Daughter Kulture $50,000 In Cash For Her 4th Birthday

Serious question: How do we get Cardi B and Offset to be our parents for our birthday?

Kulture Kiari didn’t get a check from grandma, a savings bond, or crisp $5 bill stuffed in a birthday card for her birthday. Oh no, Cardi B and Offset went all out when they rang in their daughter’s fourth birthday this weekend by gifting her with $50,000 in cold hard cash.

Offset revealed the extravagant gift in a video posted on his Instagram Story showing Kulture holding up stacks of cash, as reported by Entertainment Tonight. “What is that?” Offset asked his daughter from behind the camera. Kulture replied, “A ticket!” He responded, “A ticket is a million, girl. That's 50. Say, 50!”

In addition to the $50,000 that’s presumably going straight into a savings account for Kulture, the oldest child of rappers Offset and Cardi B, who also share a son named Wave, had a very special birthday. The family also took a trip to the interactive children's museum, Candytopia, according to Entertainment Tonight. There, Kulture was awed by a portrait of her mom made of jellybeans. And the day before Kulture’s birthday on July 10, fans of Cardi B at UK’s Wireless Festival sang Happy Birthday to the birthday girl.

Showering their daughter with lavish gifts is nothing new for Cardi and Offset. For her third birthday party last year, for example, the hip-hop couple gave her a princess-themed party complete with a horse-drawn carriage and animal farm. The year before, she was gifted with her very own rainbow-colored Hermes Birkin bag that is worth $48,000.

Other lavish gifts over the years have included a $100,000 custom chain, a Chanel and Mickey Mouse charm bracelet created by designer Eliantte and a Richard Mille watch from her dad, reportedly worth $250,000.

The “Up” star and “Walk It Like I Talk It” rapper have received some backlash over the years for giving their daughter such expensive and lavish gifts. But Cardi B isn’t bothered, responding to one critic on Twitter saying, “Listen imma live my childhood dreams thru my kids.”