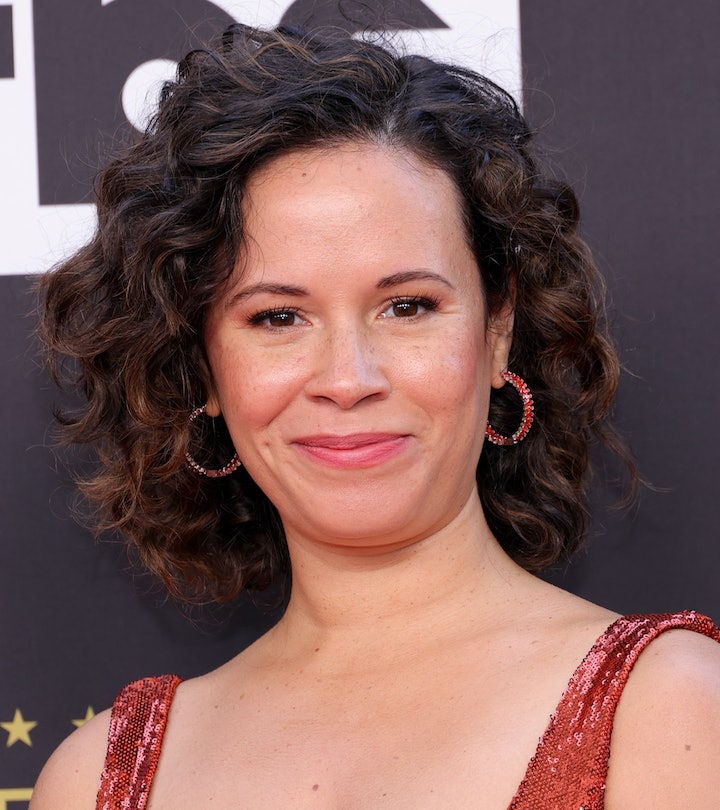 Plus: Her 4-year-old daughter’s opinions on the movie and what it was like working with the Disney dream team.

When you’re a parent, you accept a few harsh realities when you decide to have kids. Diapers. Tantrums. Sass back. And the inalienable truth that, for at least the first decade or so of your child’s life, you will re-watch their favorite movie over and over and over again for months or even years at a time, no matter how annoying or dumb you find it. So it’s truly a blessing from the parenting gods when a movie like Encanto comes around.

The story of the whimsical but entirely relatable Madrigal family — whose miraculous powers are threatened by intergenerational trauma — is the rare children’s movie that the whole family can enjoy, even a dozen watches deep. One of the hundreds of creative minds we have to thank for the film is Charise Castro Smith (who tells us that in fact she was one of 800 such minds at work on the masterpiece). Not only did she develop the story alongside songwriter Lin-Manuel Miranda and directors Jared Bush and Byron Howard, she also co-wrote the screenplay and co-directed the film. This would all be impressive for a seasoned Disney veteran, but, she tells us, Encanto was her first time writing a feature and working in animation.

“There was a very steep learning curve,” she told Romper by Zoom, “because my background is all in theater and live action. It's a totally different ball game. The level of detail, technical prowess, it’s just mind boggling. There was a lot for me to learn.”

Not bad for a first try, right? But to describe Castro Smith as some kind of casual prodigy or accidental savant would be insulting to her impressive resume. A graduate of the prestigious Yale School of Drama, she spent her early career in playwriting before moving on to television, where she wrote for shows like Devious Maids, The Exorcist, The Haunting of Hill House, and Sweetbitter.

Still, if Encanto is only her first feature, we hope it’s the first of many more. And the triumph is made all the more impressive to realize that, at the same time she was learning the ins and outs of animation, she was navigating another new journey: motherhood. Castro Smith’s daughter was still an infant when the writer began working on this project. Cecilia is now 4 and, like many children her age, has opinions on the movie, including who the best character is.

Romper had a chance to speak with Castro Smith — serendipitously on the day Encanto was nominated for three Academy Awards: Best Animated Feature Film, Best Song (“Dos Oruguitas” by Lin-Manuel Miranda), and Best Original Score (Germaine Franco) — about the film’s incredible success, the challenge inherent in creating so many characters, and the original ending that almost happened.

First of all, congratulations on Encanto’s three Oscar nominations!

Thank you. Thank you so much. It's very exciting.

This movie is clearly resonating with fans of all ages. As you were writing it, what was the idea or theme that you were like, “If I can get one thing across with these characters, this is what I want to convey”?

From the very beginning, even before I came on, the idea of this movie was about perspective and understanding and really tackling both the joys and challenges of family.

Houses can contain traumatic, scary, terrible memories that come to haunt us, or houses can be a reflection of the love and community of a family.

My personal background, I come from an immigrant family — I'm first generation Cuban-American. And, for me, I think the most important thing that I wanted to put through was just this idea of forgiveness and understanding of the mistakes that the people in our family make sometimes, out of love, that can still be really hurtful. That if we take the time to really just listen and try to understand people from their own perspective, there can be a lot of healing.

The Madrigals look so much more like my family than basically any other Disney family I’ve seen to date: all the aunts, uncles, cousins, grandma — not just mom, dad, and a couple kids. It was really nice to see that on screen, but there's also no template for that for a Disney movie! As a storyteller, what was your process for finding a way to create something so new, even if it’s familiar and resonates in the real world?

Oh my goodness! Well, it was a huge challenge because first of all: This movie has more primary characters than, I think, any other animated movie that Disney has made. There are 12 main characters just within the family, and we really get to know and love and understand them in a deep way. So first of all, we had to design them all, making sure that they all had really specific personalities and story arcs. Then animating them, making sure that their movements were distinctive, making sure we cast the right actors — I think we cast the best actors we possibly could have. Our cast is incredible.

Balancing all of those individual stories while making sure they were all distinct characters who each had a piece of the story to tell within 90 minutes was a challenge. But just based on how much people love Dolores and Camilo and Antonio, and all these characters that are wonderful and integral to the film, but that we don't spend the most time with — that's been really gratifying to me to see that pay off in that way.

Was there anything that changed a lot over the course of writing the movie — either in the story or characters — that surprised you?

The biggest example I can think of was that really early on in our development process, there was this idea that Julieta, Mirabel's mom, had purposefully made the choice to prevent Mirabel from getting a gift in order to shield her from all this family pressure, and it was a secret that came out at the end of the movie. And we were really invested in that idea for a long time, but as we continued to work on development, we realized that that was the magic-y solution to this problem of why Mirabel didn't get a gift. And sometimes things happen because they just happen, right? And that the more we continued to focus the story toward the family, toward the family dynamics, the more exciting it was.

I know there's a character named after your daughter, Cecilia, in the story. What did she think of that and what has her reaction been to this?

Cecilia's about to turn 4 in about a month.

Yeah. It's a great age. I think she kind of gets it. I remember when the trailer came out and the trailer mentioned Cecilia by name, she was, “Yeah, yeah, but I like the part with the little kid with the jaguar!” I was like, “OK…”

I knew it had potential to be something wonderful that would reach a lot of people, but the reaction has just totally blown the lid off of anything I thought was going to happen.

Maybe I’m reading too much into things, but you worked on The Haunting of Hill House on Netflix, which, like Encanto, is the story of a somewhat sentient, magical house and the people in it all have uncanny powers. I feel like I would be remiss not to ask if you'd reflected on that.

I love stories that use metaphor to really dig into human emotion. Houses can contain traumatic, scary, terrible memories that come to haunt us, or houses can be a reflection of the love and community of a family.

And so two different kinds of houses, obviously, with different secrets and different mysteries. But I do think it's reflective of those stories that I enjoy and I like to tell, which are character driven and grounded in relationships but then have a big fun, magical, or supernatural element to them.

And you cannot convince my 7-year-old daughter that the house is not inhabited by the ghost of Abuelo Pedro and abuelo and that's why it's magic.

Oh, I love that interpretation.

I do, too. It's the one outlandish Disney theory I'll get behind. Do you have a favorite character in the story who you either relate to or enjoyed writing?

From the very beginning, Mirabel was just always so close to my heart. I was like, “Oh, this awkward, lovable, enthusiastic 15-year-old, curly haired, glasses-wearing girl that I once was!” Mirabel was a sort of pathway into writing this story and creating this movie was a character that I've always been really drawn to. And then when Stephanie Beatriz came in and voiced her! Really, she took that character to just... an 11! She's amazing.

On top of being critically acclaimed, Encanto is tremendously popular, not just with children, but with fans of all ages. What has been your reaction to other people’s reactions?

It has been incredible, the reaction to this movie. I started working on this movie back in the fall of 2019. My daughter was 6 months old at the time and I knew it had potential to be something wonderful that would reach a lot of people, but the reaction has just totally blown the lid off of anything I thought was going to happen. It's been so wonderful. I get sent a lot of videos of kids dancing to the music from the movie and families watching it together. And it's incredibly joyful for me to see how much people have embraced it and taken it on!

Encanto is available to stream on Disney+ and on 4K Ultra HD™, Blu-ray™ and DVD.

More Like This
Yes, Your Young Children Belong At Abortion Rallies
'Hocus Pocus 2' Officially Has A Release Date To Look Forward To
The New Avatar Movie Will Tell A Family-Centric Story & It Looks Amazing
The Best Family-Friendly Movies To Get You In The Mood For Summer