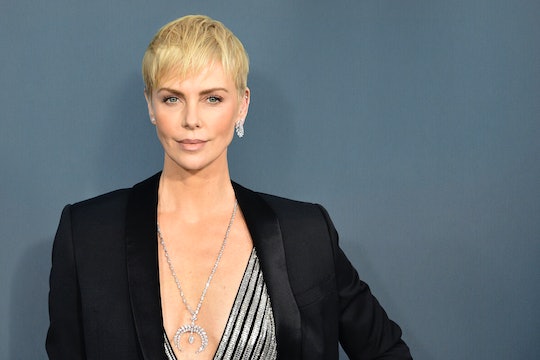 The actress commemorated her mother’s birthday with a collection of sweet family photos on Instagram.

In honor of her mom Gerda's birthday this week, Charlize Theron gifted her fans with a rare glimpse into her family life. In an Instagram post shared earlier this week, the Bombshell actress posted a sweet photo of her two daughters, 7-year-old August and 10-year-old Jackson, along with a heartfelt message about her mother.

“Today is my moms birthday. I wanted to share her with all of you because anyone who knows her, knows how utterly awesome it’s is to stand in her sunlight. She TRULY is life,” Theron captioned her Instagram post on Thursday. “She laughs louder than anyone I’ve ever met. She’s a great tennis player/golfer/hiker AND a gifted sh*t talker! She’s direct, she’s honest, she funny, and she’ll tell you how it is anytime of the day!”

Theron’s post was full of personal, candid shots of her mother, including the last one, which was a photo of Gerda with her granddaughters outside, perhaps on a hike.

The South African native concluded her post with a lovely message in Afrikaans. “Ma, ek lief jou oor die maan,” she wrote, which She Knows reports roughly translates to “Mom, I love you to the moon.”

Aside from special occasions like their grandma’s birthday, Theron mostly keeps her kids out of the spotlight. One of the last times she posted a photo of them was in 2020 in honor of National Daughters Day. And while the Monster actress doesn’t often photos photos of her children, she’s spoken about motherhood and her journey as a single mother on a number of occasions. Theron adopted Jackson in 2012 and August in 2015.

In an interview with NPR in 2019, Theron opened up about the process. “In whatever country they would allow me as a single woman to adopt, that's where I filed. And it just happened to be that both my children ended up being American. They were born in the United States and they both happened to be African American,” she shared at the time. “Everything that I hoped would happen during my adoption process did happen because these two babies were meant to be in my life — and they're my children.”

The same year she adopted Jackson, Theron told British Vogue she had an idea of what kind of mom she wanted to be. “[I hope] to be like my mom. Fair, tough, and supportive,” Theron told the magazine in 2012. “Our family is everything. Her greatest skill was encouraging me to find my own person and own independence.”

Ten years later and it’s clear their bond is still as strong as ever.