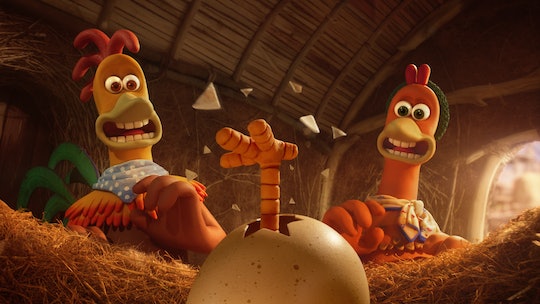 It’s been a long time coming. A really, really long time. But finally, after 22 years of waiting, there is going to be a Chicken Run sequel coming to Netflix. Considering the fact that the original was the highest-grossing stop-motion animated film of all time, expectations are going to be pretty high. And it sounds as though the sequel is going to be just as charming as the original.

The Sequel Is Called Chicken Run: Dawn Of The Nugget

It was reported in 2018 that a sequel was in the works, when The Hollywood Reporter announced that the UK-based animation company Aardman Animations, had begun working on a follow up to their award winning 2000 hit movie Chicken Run. The sequel was picked up by Netflix, and now is set to become an actual reality with a name and everything. Chicken Run: Dawn Of The Nugget, will see the return of popular characters as well as some important new ones. And even a bit of a cast shifting going on with some of the actors from the original movie being replaced.

‘Chicken Run: Dawn Of The Chicken Nugget’ is coming to Netflix.

Ginger and Rocky, the chickens we all know and love from Chicken Run, are back. And this time, they’re parents. “Having pulled off a death-defying escape from Tweedy’s farm, Ginger has finally found her dream — a peaceful island sanctuary for the whole flock, far from the dangers of the human world,” Netflix shared in a press release with Romper. “When she and Rocky hatch a little girl called Molly, Ginger’s happy ending seems complete. But back on the mainland the whole of chicken-kind faces a new and terrible threat. For Ginger and her team, even if it means putting their own hard-won freedom at risk — this time, they’re breaking in!”

When & How Can We Watch?

Chicken Run: Dawn Of The Nugget will premiere exclusively on Netflix in 2023. The sequel will be directed by Sam Fell, who also directed Flushed Away, and production has already begun.

A Whole New Cast Of Characters (& Some Originals)

Mel Gibson, who voiced the rooster Rocky in Chicken Run, has been replaced by Zachary Levi (Shazam!), while Westworld’s Thandiwe Newton has replaced Julia Sawalha as the voice of Ginger.

Several actors are returning to the farmyard for Chicken Run: Dawn Of The Nugget, including Jane Horrocks as Babs, Imelda Staunton as Bunty and Lynn Ferguson as Mac. As for new additions, there will be plenty; Josie Sedgwick-Davies will voice Frizzle, David Browley as Fowler, Ted Lasso’s Nick Mohammed as Dr. Fry, and finally Game Of Thrones actress Bella Ramsey will voice Molly, Ginger and Rocky’s headstrong daughter.

Where To Watch Chicken Run While We Wait?

Since 2023 is still a long way off, you might want a bit of a refresher on the original Chicken Run. You can stream it with an Amazon Prime subscription or rent it on YouTube while you wait.

It’s always worth a rewatch, after all.