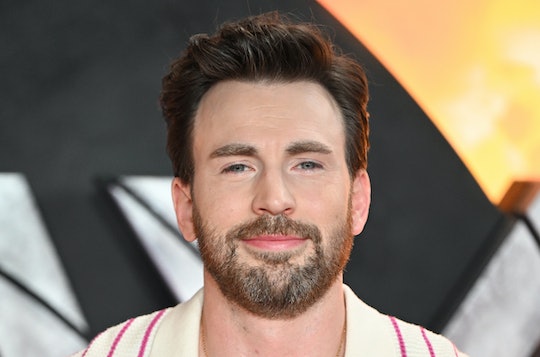 Chris Evans Has Announced He's Ready To Be A Dad & Husband

Chris Evans has been crowned People’s “Sexiest Man Alive” for 2022, and anyone who has seen the videos of him playing with dogs on social media could not possibly dispute this auspicious new title. But there is another title he’s looking forward to adding to his life in the near future if possible; dad. Evans is ready to settle down and have a family, apparently. As if his love of dogs wasn’t sexy enough, now Evans is going on about how he “loves love” and becoming the true captain of our hearts.

Evans opened up to People about being “very content” with his life right now, which makes perfect sense since his career is going so well and, oh yes, he’s officially the “Sexiest Man Alive.” But when the Avengers star looks to his future, he sees things a little differently. Evans really wants a family.

“That's absolutely something I want,” he told the magazine. “Wife, kids, building a family.”

As much as the 41-year-old actor is focused on his career and working on his craft, he also believes that there’s more to life than his art. Maybe even more than just his absolute adoration of his dog.

“When you read about most of the best artists, whether it's actors, painters, writers, most of them [admit] it wasn't the work they made [that they are most proud of], it was about the relationships, the families they created, the love they found, the love they shared. So it's also something through my long 41 years that also rings true,” Evans, who dated Jenny Slate in the past but is currently single, continued. “Those things are the most important. I love the idea of tradition and ceremony, I had a lot of that in my life so the idea of creating that, I can't think of anything better.”

Evans is ready to take the plunge as a “much better” romantic partner at this stage of his life, and certainly we all know at least one person who has been very open about potentially having babies with him. Evans and Lizzo have openly flirted on social media, and there were even rumors that the two friends were expecting a baby together earlier this year.

Imagine that talented, gorgeous baby for a moment if you will. That’s something to look forward to, for Evans and the rest of the world.