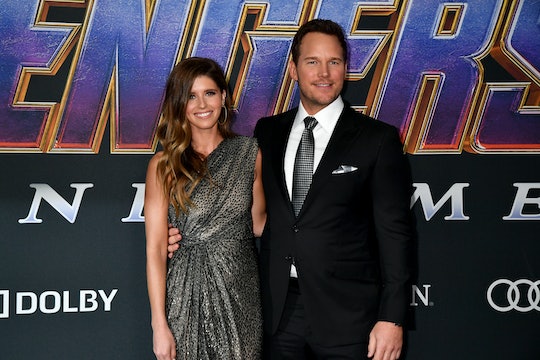 Welcome to the world, Eloise Christina!

Chris Pratt and Katherine Schwarzenegger have added one more baby girl to their brood. On Sunday, the couple announced the birth of their second daughter and revealed her very pretty name, Eloise Christina.

“We are so excited to announce the birth of our second daughter, Eloise Christina Schwarzenegger Pratt,” Schwarzenegger, 32, wrote on her Instagram over the weekend. “We feel beyond blessed and grateful. Love, Katherine and Chris. Pratt, 42, posted the same announcement on his Instagram page. “Mama and baby are doing well. We feel beyond blessed and grateful,” the Parks and Recreation alum added on his post.

Pratt and Schwarzenegger announced the pregnancy of their second child back in December. The two are also parents to 1-year-old Lyla Maria. The Jurassic Park star is also the father to son Jack, whom he shares with his ex-wife Anna Faris.

Pratt and Schwarzenegger tied the knot in 2019 and keep most of their family moments private. But it's all for the sake of normalcy. “I think that one of the greatest gifts that my parents ever gave me and my siblings is the gift of privacy and having a really normal upbringing, or as normal of an upbringing as possible,” Schwarzenegger told TODAY in March 2021 about keeping Lyla’s face hidden on social media. “We were allowed to be our own people and have our own identity and kind of choose to step into whatever form of being public we wanted to when we felt comfortable. And I think that was such an incredible gift to have given us kids.”

She added, “It's something that's really important to my husband and I to give to our kids and to be able to have that privacy, and not necessarily show much of them on social media.”

Months before Eloise’s arrival, however, Schwarzenegger shared on Instagram that Lyla was preparing for her role as a big sister. In fast, the little girl was “nesting.”

“The latest toddler treats I find around the house… all her babies and stuffies are wearing diapers and bandaids,” Schwarzenegger captioned a photo of two dolls wearing diapers. “Mamas girl is nesting.”

Good thing Lyla is prepared because it sounds like Pratt wants a big family with Schwarzenegger. As the Guardians of the Galaxy star shared in an interview on Entertainment Tonight, “We want to have one dozen children.”