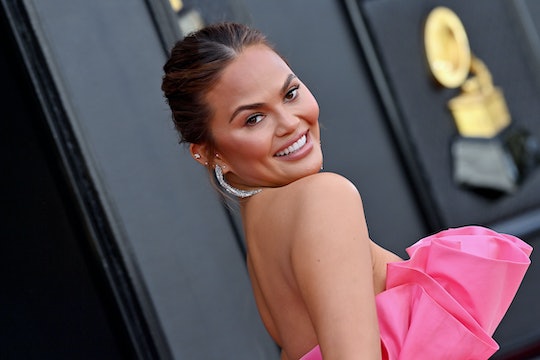 “I get really frustrated looking back on days I should remember way better than I do because of alcohol.”

The past year has been one of change and growth for Chrissy Teigen. The Cravings cookbook author and mom of two has spent the past 12 months alcohol-free, and she took a moment to honor this massive achievement while also getting refreshingly honest about some of the moments she’s missed along the way.

On Tuesday, Teigen, who shares 6-year-old daughter Luna and 4-year-old son Miles with husband John Legend, told her millions of followers on Instagram that she had “not a drop of alcohol in 365 days!” Alongside a video montage of moments shared with her family on vacation, Teigen went on to write about her life before giving up alcohol.

“I miss feeling loopy and carefree sometimes, but to be honest toward the end, it didn’t give that fun feeling anymore anyhow,” she wrote. “I drank to end crazy anxiety that later mostly went away when I — get this — quit drinking! sigh. anyhow I feel really good. sometimes I get really frustrated looking back on days I should remember way better than I do because of alcohol.”

Teigen shared a few stories of moments she had forgotten from her days of drinking alcohol and wished she could get back: “Like when I drank cafe patron and fell asleep while an Outback Steakhouse chef taught me (my friends) how to make a bloomin onion at my house. I wish I was awake for that. Wish I remembered really any awards show lol. There are pictures from huge moments in life where my eyes just look…gone. Some are from real work shoots, some just beach days with the family.”

Her followers were quick to congratulate her, with husband John Legend writing “Soooooo proud of you, my strong beautiful wife!” on the post.

Teigen first opened up about getting sober after suffering a pregnancy loss in 2020 with her son Jack, she told Ellen DeGeneres in February 2021, and credited that transformative experience with “saving” her. “It was a really transformative thing for me, and in a way it really saved me,” she told DeGeneres at the time, “because I don't think I would've discovered therapy and then sobriety, and then this path of feeling good about myself and feeling like a new person.”

As happy as she is with her alcohol-free year, Teigen explained in her post that she’s not making any predictions about the future. “I honestly STILL don’t know if I’ll never have a drink again, I do know I never want to be that way again. And for now, none is best. I’ll let the bad dreams come up and try to sort them out in therapy, without booze.”

Whatever she decides, we know she’ll be honest with her fans about her journey.