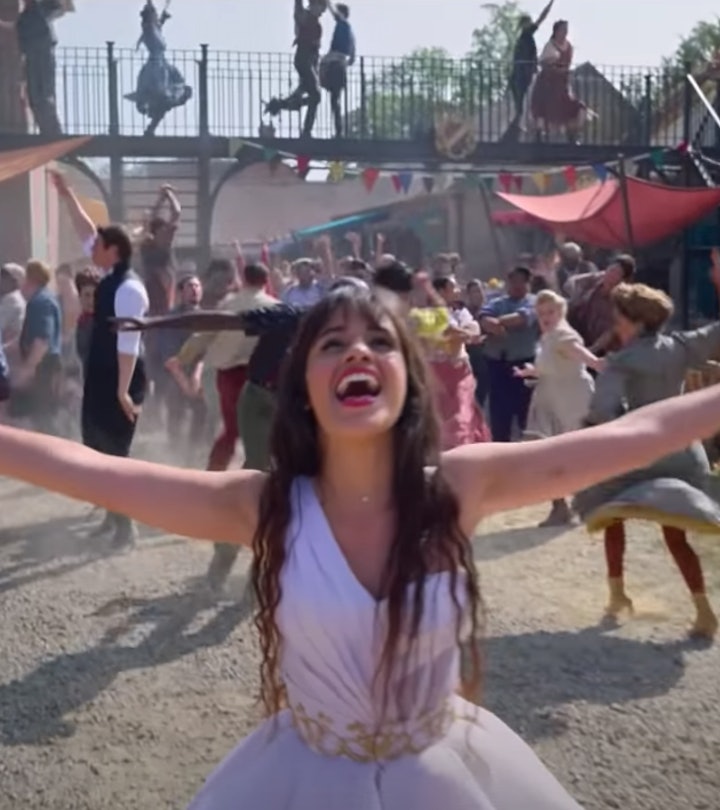 Everything You Need To Know About The New Cinderella Remake

Cinderella is one of those fairytales that never gets old. Whether you’re young or old, everyone can relate to the underdog who gets her happy ending. And, now, the magical story has gotten a fresh re-telling because a new Cinderella reboot is coming to Amazon Prime.

By now, you’re probably familiar with the story of Cinderella. A young girl is locked away, while her wicked stepmother and evil stepsisters boss her around. But when Cinderella meets a fairy godmother, she magically transforms her tattered clothes into a gorgeous ballgown and glass slippers, allowing her to attend the royal ball and meet Prince Charming. You know the story.

The animated musical film was first produced by Disney in 1950 and now Sony and Amazon Prime are bringing a brand new look to Cinderella. The remake is set to debut this fall, starring pop singer, Camila Cabello.

When Will Cinderella Be Released?

The movie will skip theaters and be released on Friday, Sept. 3 on Amazon Prime Video. All you will need to watch is an Amazon Prime subscription, and then you will be good to go.

Is There A Trailer?

Yes, the trailer is officially here! In it, Cabello can be seen sewing clothes for her own business, “Dresses by Ella” and having big dreams in her little castle village.

“Life outside this basement starts right now,” she says before launching into song. And although the film brings on a lot of drama, the trailer shows that there will be a lot of laughs, too — mainly from Cinderella’s fairy godmother or “Fab G” played by Broadway legend, Billy Porter.

Will There Be Music?

Of course! A chart topping pop singer and a few Broadway stars are at the helm of the film, which means that there will be a lot of amazing singing. The first full length trailer for the movie shows what kind of music you can expect in Cinderella.

Cinderella will feature a combination of original songs with covers of pop songs. You can expect to hear Madonna’s “Material Girl,” Janet Jackson’s “Rhythm Nation,” and Queen’s “Somebody to Love,” in the movie, according to Variety. But don’t expect the film to just focus on music and Cinderella’s “happily ever after.”

The full length trailer shows Cinderella’s desire to not give up her dreams of owning her own business just to sit on the royal throne. A dress maker and musician? This Cinderella is super talented.

How “Modern” Will It Be?

Although the story still features things like castles and magic, there will be a few changes to the film. According to Amazon Prime, you can expect this from the movie: “Cinderella is a musically-driven bold new take on the story that you grew up with. Our heroine is an ambitious young woman whose dreams are bigger than the world will allow, but with the help of her Fab G, she is able to persevere and make her dreams come true.”

You may know Cabello as the voice behind her radio hits “Havana” and “Señorita,” but she won’t be the only recognizable face. Frozen star Idina Menzel and Mama Mia actor Pierce Brosnan will also star in the film.

This retelling of Cinderella is rated PG for suggestive material and language. However, parents won’t know if the movie will be appropriate for their children until more reviews come out. So stay tuned!

In this take, Cinderella may even be a role model for young viewers. “I just felt like it was a great opportunity to show this loved, iconic character that is Cinderella in a way that’s more relatable to what girls and young women in particular are going through, where they can really see themselves,” Kay Cannon, the film’s writer and director, told Entertainment Weekly. Cannon told Entertainment Weekly that this means Cinderella will be a lot more “vocal and active” than in previous adaptations.

What Can I Watch In The Meantime?

While you’re patiently waiting for Cinderella to make its way to Amazon Prime, you can familiarize yourself with the origin story. You can watch Disney’s animated Cinderella from 1950, and the film’s animated sequel from 2002 on Disney+. And if you’re looking for something more live-action, you can watch Roger & Hammerstein’s Cinderella starring Brandy on Disney+ right now.

More Like This
Marcel The Shell Is Heading To The Oscars!
Watch An Exclusive Sneak Peek At 'The Amazing Maurice'
Exclusive: Watch How A Group Of Princesses Save The Day In Netflix's New Animated Series
Paul Rudd's Kids Are Not Impressed With His Fame
What Parents Are Talking About — Delivered Straight To Your Inbox

This article was originally published on July 6, 2021