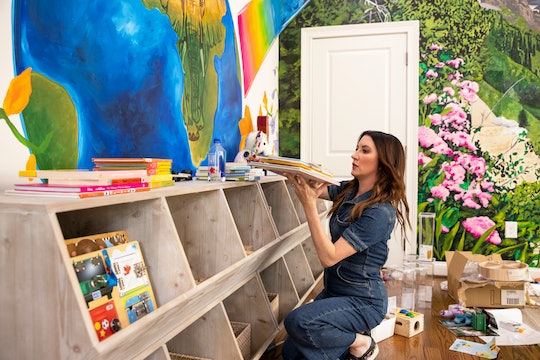 “I have breast cancer. It’s a hard thing to say, but it’s easier than keeping it to myself.”

“I have breast cancer,” Shearer wrote in an emotional Instagram post. “It’s a hard thing to say, but it’s easier than keeping it to myself. I’m having a double mastectomy tomorrow (prayers are welcome!), and I wanted to say a few words before I do.”

Shearer went on to explain that she initially found a lump in her breast in February, but struggled to get a doctor’s appointment. “I had been trying to make an appt with my OB for several months, and even when I told them I found a lump, they couldn’t accommodate me,” she wrote. “I had to request a mammogram from my general doctor, which led to an ultrasound, and then an emergency triple biopsy.”

Two tumors were discovered, both of which were “aggressive and fast-moving,” but fortunately they were caught early because Shearer took things upon herself. Which is one of the reasons she is sharing her diagnosis with her fans.

Shearer, who shares 11-year-old daughter Stella Blue and 8-year-old son Sutton Gray with photographer husband John, decided to go public to raise awareness of the importance of self-advocacy. “If I can convince any of you to self-examine on a regular basis, self-advocate always, and to prioritize your health over your busy schedules — then this will have meant something,” she wrote. “It’s also important to note that I was under 40 when these tumors formed, and have no history of breast cancer in my family. Even if cancer feels improbable, it’s still very possible.”

Messages of support flowed in on Instagram from fans of Shearer like Emily Schuman who wrote, “Sending so much love your way. The strength part you already have down. You got this and we’ve got you,” and Mandy Moore who added, “Sending you all the love and wishes for a speedy recovery and a clean bill of health!! You got this!! Xoxoxo.”

Self diagnosis and advocacy is key to protecting your health, and Shearer’s brave decision to share her own journey deserves all of the applause.