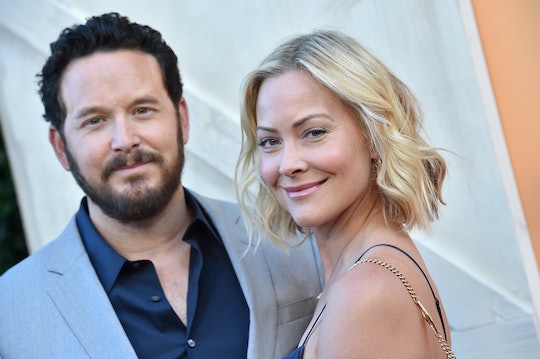 His wife will look familiar.

Take a quick scan through Cole Hauser’s social media and you might believe he is the true embodiment of his character Rip Wheeler from Yellowstone. Lots of images of open skies, beautiful nature, and naturally the man himself gazing contemplatively off into the middle distance. All steely-eyed and rugged and such. But Hauser is, in fact, his own man. With his IRL wife and three pretty amazing kids to boot. Sorry Beth Dutton.

He and his wife Cynthia have been married since 2006.

Cole Hauser married Cynthia Daniel back in December 2006, although neither one of them is sharing a cute story about how they met or how long they dated before tying the knot. But we know for sure they have one thing in common... their careers.

She’s an actress herself.

Fans of the ‘90s series Sweet Valley High, based on the popular books of the same name from the ‘80s, will find Daniel’s face familiar. She starred as Elizabeth Wakefield, wholesome identical twin sister to Jessica Wakefield, from 1994 to 1997. Born in 1976, Daniel also starred in The Basketball Diaries and most recently had a role as herself in the 2022 version of Cheaper By The Dozen.

She is also a twin.

When Daniel was starring as Elizabeth Wakefield on Sweet Valley High, her twin sister Brittany Daniel was her co-star. Naturally they played identical twins because they are, indeed, identical twins. Sharing everything in real life, even donor eggs. After Brittany suffered stage IV non-Hodgkin's lymphoma and discovered she might not be able to have children, Cynthia donated an egg to make sure she and her husband could have a baby. They welcomed daughter Hope in October 2021. “We’ve always shared everything, so why not this?” Cynthia told People in January.

The couple’s oldest son Ryland was born in 2004.

In 2004, Hauser and Daniel welcomed their first baby, son Ryland. While Hauser is, much like his character Rip, decidedly tight-lipped on being a dad, he did tell The Havok Journal in 2020, “I am always making time for each and every one of my children and also my wife, also, as a family together. I am good about making time for the whole family. You have to figure that balance out. But as a father and a husband you have to make the time and work just as hard at it.”

Now that Ryland is 17 years old, it makes sense that he would have his own identity apart from his parents. And that identity, according to his Instagram, is “sportsperson.” Football seems to be his sport of choice, with both of his parents sharing many photos and videos of him playing football for his team at Jensen Beach High School.

Colt Hauser joined the family in June 2008, and looks to be a pretty lovely young man. In 2021, his dad shared a photo of Colt with his arm around his mom and the caption, “Happy 13th bday to my youngest boy! Thank you momma for giving birth to this amazing soul.”

His only daughter Steely Rose was born in 2013.

The couple welcomed their youngest child, daughter Steely Rose, in 2013, and she seems like a classic youngest child. Both of her parents’ social media feeds are full of Steely Rose hamming it up for the camera, the child of two actors and a born entertainer. Hauser often posts tributes to his daughter, reminding her that he misses her while he’s filming Yellowstone.

She’s been on the Yellowstone set.

Fortunately, Hauser doesn’t have to miss his daughter as often as he used to since she’s joined the set for Season 5 of Yellowstone. Her dad shared a series of photos of Steely Rose on the set of Yellowstone and sparked questions about whether or not the little entertainer might have a role in the new season. We will have to wait until November to find out.

Cole Hauser has carved out quite a life with his family. Here’s hoping Rip will follow suit.

More Like This
Elon Musk Reveals He Gave Himself & His Son X Matching Haircuts In Rare Throwback Pic
10 Of Bandit’s Funniest Dad Lines From 'Bluey'
The Bear’s Jeremy Allen White Is A Private Breakfast Chef For His Daughters
Nick Cannon Welcomes Baby #8, His First With Bri Tiesi, In Beautiful Home Birth