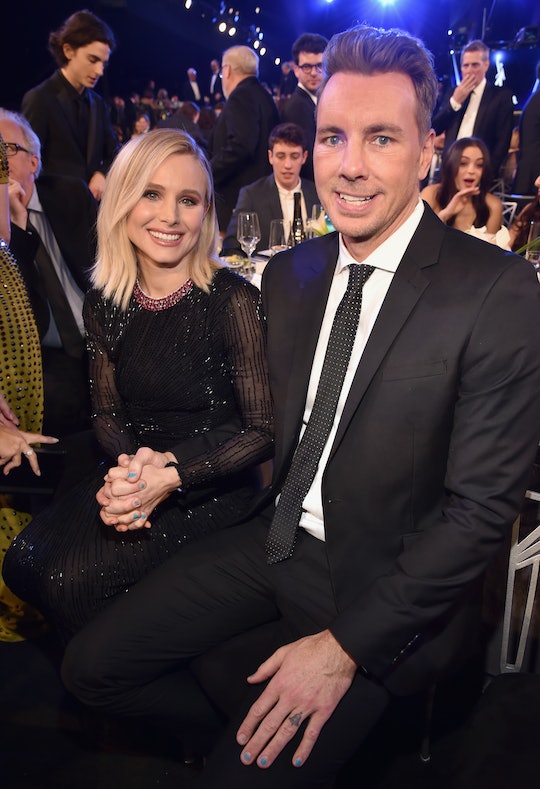 She had one mic-drop sentence for them.

When it comes to explaining the nature of sex to your kids, look to Kristen Bell. So says her husband Dax Shepard. In an episode of his popular Armchair Expert podcast with guest Gwyneth Paltrow, the actor and comedian revealed the “ingenious” way Bell has explained sex to their two daughters. And someone needs to make t-shirts with this explanation because it really is that good.

The Good Place actress is mom to 8-year-old daughter Lincoln and 6-year-old Delta with Shepard, and has already been thinking about how best to explain sex to her little girls. An important conversation for any parent to be having with their kids, as it can often set the tone for the way they look at sex from that point forward. So how did Bell tackle such a massive task? With one perfectly formed sentence.

“The woman takes the man's penis and puts it in her vagina,” Shepard explained Bell told their daughters. “Right away it's like, you're in charge of this and you will decide to put this in your vagina. Not the man puts his penis in your vagina.” Genius. Truly. Or as Shepard put, it’s “ingenious.”

Kristen Bell explained sex to her daughters in the best way.

Shepard has also tried his hand at explaining sex to their daughters with perhaps less success in the past. In an interview with PureWow in 2019, Bell shared how her husband went about trying to cover the complicated topic. “At five years old our daughter came in and said, ‘How are babies made?’” she explained. “Dax sat down and said, ‘Well, there’s a sperm and an ovum,’ and she said, ‘All right, I’m going to go back outside.’”

Bell’s slightly less clinical explanation seemed to resonate a bit more not just with her daughters, but with Shepard. “He's got this ridiculous protrusion, so it would seem he was in the driver's seat but you're going to take that and put that in, you know,” Shepard said to Paltrow on his podcast. “And I was like, 'Oh, that's a nice little adjustment we're going to make.’”

The mom of two’s simple, clear explanation in one sentence manages to remind her daughters that they have the power and demystify sex all at the same time. Talk about a twofer.