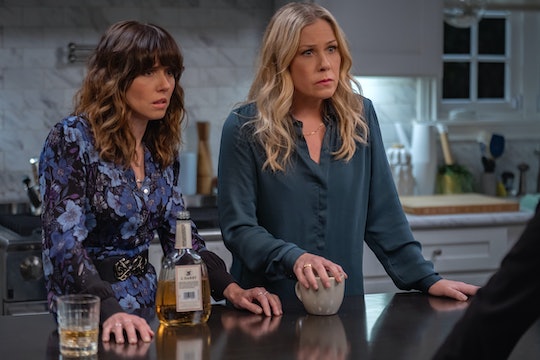 Get a large glass of wine ready!

In the three years since we first met Judy Hale (Linda Cardellini) and Jen Harding (Christina Applegate), two unlikely friends with a twisted connection, on Netflix’s dark comedy Dead To Me, we’ve all really gone on a journey together. And that journey is about to come to an end. Netflix announced that Dead To Me Season 3 is finally coming, and it’s going to be the last one for the Emmy-nominated series, so here’s everything you need to know.

Note: Spoilers for the first two seasons of Dead To Me are ahead.

Where will Dead To Me Season 3 pick up?

Dead To Me started in 2019 with Judy Hale befriending Jen Harding at a grief support group after Jen’s husband Ted was killed in a hit-and-run accident and Judy claims to be grieving the loss of her dead fiancée. Except, as we all know, there is no dead fiancée. It turns out that Judy is the hit-and-run driver who accidentally killed Ted after being dumped by her fiancée, Steve Wood (James Marsden).

Judy eventually moves into Jen’s guesthouse and everything is going great until Judy confesses and Jen kicks her out. But not before killing Steve in a fit of rage. So even-steven, it seems. By the end of Season 2, Steve’s twin brother Ben (also Marsden) has become a love interest for Jen, Judy confesses to the police that she killed Steve, and then Ben hits the two women with his car while drinking and driving. So that’s the cliffhanger we’ve all been living with for two years. But not for much longer.

Netflix confirmed that Dead To Me will hit the streaming service in the fall of 2022 for its third and final season. Series creator Liz Feldman shared the news on Twitter that the season had finished filming at the end of April, and now Netflix announced the the third season will drop this fall. No official release date has been set, but at least we know we only have a few months to wait.

While Dead To Me has a whole lot of loose ends to pull together in this third season, it will be all about the final goodbye. “From start to finish, Dead To Me is exactly the show I wanted to make. And it's been an incredible gift,” Feldman told Deadline in 2020. “Telling a story sprung from grief and loss has stretched me as an artist and healed me as a human.” Feldman has another dark comedy in the works for Netflix, No Good Deed, about three families all trying to buy the same Spanish villa and running into nightmarish problems, so at least we know what we will be watching after Dead To Me wraps up.

How to watch Season 3 of Dead To Me.

You can catch the first two seasons, 10 episodes each, on Netflix as you wait for Season 3 of Dead To Me to drop on the streaming service this fall.