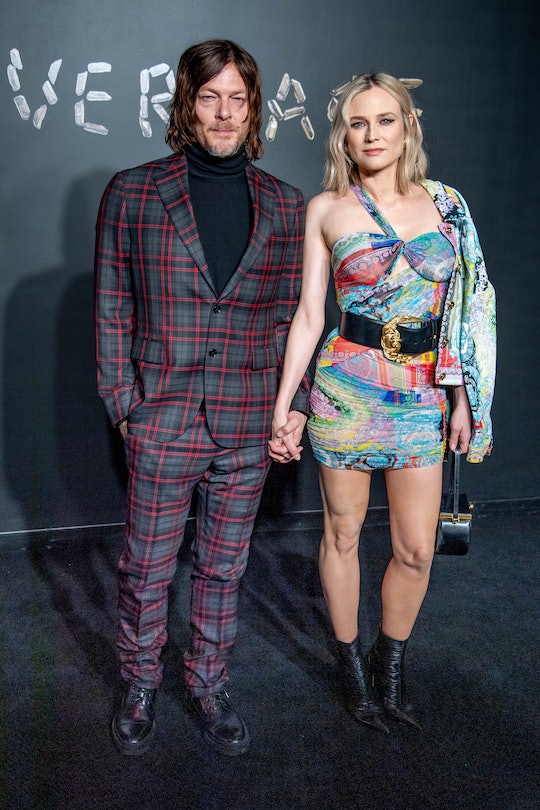 Everything about her name is just precious.

It’s been three years since Diane Kruger and Norman Reedus welcomed their first child together. Three years during which the couple has managed to keep their baby’s name a total secret. Think about that for a minute. For three entire years, two celebrities managed to keep their child’s name a secret to the rest of the world even with social media being a thing. Now Kruger has decided to reveal her daughter’s name and even gave a little insight into the meaning behind the lovely moniker.

Kruger opened up to People about what it was like for her and Reedus, who shares 22-year-old son Mingus with ex-partner Helena Christensen, to welcome a baby at this stage of their lives and how that inspired her name, Nova Tennessee.

“I had her late in life at 42, and [Norman] had a child when he was much younger," Kruger explained to the magazine. “‘Nova’ in Latin means new beginning, and a nova star keeps changing and is reborn. And we love Tennessee and the Smoky Mountains; we do motorcycle trips there."

Nova’s name has actually been hinted at by Kruger on Instagram in the past when she wore a necklace with the word Nova in an October 2019 post where she called her daughter “my everything.” Kruger told People that she and Reedus also use nicknames like “Noonoo” and “Neenee” and that motherhood has helped her see the world through new eyes again. “So many things at my age, you've done a thousand times, but just seeing it through her eyes again. Whether it's having ice cream for the first time or seeing snow for the first time there's just something so refreshing and simple about that life as mother and daughter that I've just found magnificent.”

Nova has become quite a little star in her mom’s world and certainly in her social media feed. For International Women’s Day, Kruger shared a clip of Nova breaking a board in her karate class with the caption, “And to my little girl, who’s already begun to break through barriers…may you grow to become the kindest, most compassionate, most ambitious, most curious woman ever.”

Nova is bringing all new things to her mom. What a fitting name she was given.

More Like This
Take An Exclusive Look At A New 'Daniel Tiger’s Neighborhood' Episode About Pool Safety
There's Officially A 'CoComelon' Spinoff & It's All About JJ's Best Friend, Cody!
Kourtney Kardashian’s Kids Begged Her & Travis To Stop French Kissing In Front Of Them
Heidi Klum's Daughter Leni Wore Her Mom's Dress From 1998 To Prom