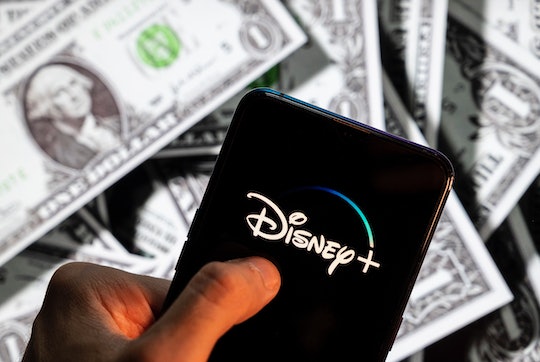 Your Disney+ Subscription Is About To Get More Expensive

Watching Moana for the 700th time is about to cost you some extra coins as Disney just announced that its Disney+ streaming service will be hiking up their subscription prices. The new cost structure will include the option for an ad-supported plan that will launch at a pretty inopportune time — right before the holiday season on Dec. 8.

Here’s the nitty gritty on what the price hikes, according to CNBC, will look like:

Although Disney+ has legions of Encanto-loving fans and the number of subscribers has even surpassed Netflix, the Mickey Mouse-helmed giant has still reportedly produced less revenue. Kareem Daniel, the chairman of Disney Media & Entertainment Distribution, told The Hollywood Reporter in a statement that the new prices are not all doom and gloom. “With our new ad-supported Disney+ offering and an expanded lineup of plans across our entire streaming portfolio, we will be providing greater consumer choice at a variety of price points to cater to the diverse needs of our viewers and appeal to an even broader audience,” he said.

But many customers are obviously not happy about the new constraints on their purse strings as well as the addition of commercials on the streaming platform, and some are taking to social media to voice their displeasure via memes.

Other Disney fans have chimed in with some signature Twitter wit: “Disney/Netflix raising their prices is ridiculous and I’m outraged for the people whose passwords I use.”

For those families who are already dealing with the serious repercussions of inflation and rising costs of necessities like gas, these price hikes really aren’t all that funny. Not for cost-conscious parents who have to make difficult budgeting decisions, and certainty not for their disappointed kids when their Disney+ subscriptions are suddenly canceled and they can no longer sing along to “We Don’t Talk About Bruno.”

More Like This
Scott Calvin Is Ready To Retire In The Santa Clauses Series Coming To Disney+
10 Facts About 'The Nightmare Before Christmas' That May Surprise You
You Can Stay At A ‘Hocus Pocus’ House On Airbnb — And It’s In Salem!
Here's Where The 'Hocus Pocus' Characters Are 30 Years Later