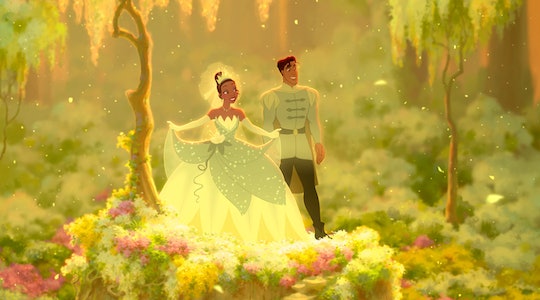 It takes place after the film’s ending, and sounds incredible.

More than a year after Disney Parks announced that Splash Mountain would be replaced due to the ride’s racially problematic background, new details about what Disney’s new Princess and the Frog ride will look like are finally here. The river boat ride will take visitors on a journey through the Louisiana bayou, ending in the most incredible Mardi Gras party, hosted by Princess Tiana.

The new ride will take place after the final kiss between Princess Tiana and Prince Naveen. In case you forgot — spoiler alert — the film ends with Tiana and Naveen, assuming they’ll be frogs forever, get married by Mama Odie. But once they seal their kiss as husband and wife, they’re both restored to human form, allowing them to travel back to New Orleans and finally open their new restaurant.

In the new ride, Naveen, along with the trumpet playing alligator, Louis, will join Tiana in “hosting a one-of-a-kind Mardi Gras celebration where everyone is welcome,” according to the Disney Parks Blog. Tiana will lead the way through the celebration where fans will be able to encounter old friends from the movie, make new ones along the way, and listen to brand new music inspired by the 2009 film.

The ride, which will be at both Walt Disney World and Disneyland, will celebrate the beauty and culture of New Orleans, where The Princess and the Frog takes place. An artistic rendering of the ride shows Tiana leading riders on a boat ride while Louis beckons the riders to join them.

“So Tiana actually invites us, as guests, to go on an adventure in the bayou,” Charita Carter, Senior Creative Producer for Walt Disney Imagineering revealed. “And the fun thing about it is, we as the guests, are active participants in this adventure. So she acknowledges us, and just being the witty person that she is, she takes us on this amazing journey, where we get to discover, not only characters that we know and love from the film, but this is an opportunity to be introduced to some new characters. And I know that our guests are going to really embrace them.”

And like most good adventures, the ride ends with a fabulous party. A Mardi Gras party. “Because if Tiana is throwing a party, it is the ultimate Mardi Gras party,” Carter shared.

The Disney Parks Blog announced last year that this ride will replace the park’s log flume attraction, Splash Mountain, in response to the backlash over the ride’s source material, Song of the South. This 1946 Disney movie, which is not available to stream on Disney+, depicts racially insensitive interpretations of slavery and a Change.org petition called on Disney to replace it with on themed after Princess Tiana. “There is a huge need for diversity in the parks and this could help fill that need. Princess and the Frog is a beloved princess movie but has very little representation in the parks,” the petition read. “Tiana could be one of the first princesses with a thrill ride, as well as giving her a much deserved place in the parks.”

More Like This
Disney Introduced Its First Openly Gay Teen Character In Strange World
'The Princess Diaries 3' Is Actually, Really Happening
Brandy Will Play Cinderella Again In The Disney+ Movie The Pocketwatch
'Enchanted' To 'Disenchanted': A Look At The Characters Then & Now