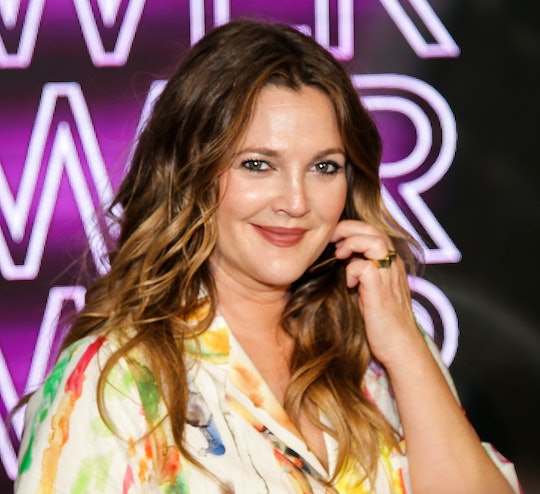 “I have two young girls and, like, I don't want to bring people home.”

It’s a moment so many single parents struggle to overcome when they dip their toe back into the dating pool, opening the door of their family life to let in someone new. It’s frightening to open up your own heart to a new person, let alone inviting them into your child’s life. And even with a little help from Queer Eye’s Bobby Berk, Drew Barrymore found the idea of dating as a single mom overwhelming. So much so that the mom of two admitted “I’m not there yet” after breaking down in tears in an excerpt from her talk show The Drew Barrymore Show.

Barrymore co-parents 9-year-old daughter Olive and 7-year-old daughter Frankie with ex-husband Will Kopelman. The 50 First Dates actress has kept her potential dating life private until recently, when she spoke to Berk about the prospect of trying her hand at a Zoom date for her talk show.

In a clip from the show Barrymore shared on Instagram, the two discussed where best to connect for a Zoom chat (apparently not the bedroom) before the mom of two got emotional about the prospect of dating. “I'm not there yet,” she said in the clip through tears. “I have two young girls and, like, I don't want to bring people home… I think it would take me a very long time to meet someone and get to know them before I could even ever introduce them to my daughters.”

He also pointed out that being careful about who she is willing to introduce to her daughters makes her a “good mom,” and reminded Barrymore not to question that about herself.

The actress certainly isn’t the only single parent who wrestles with finding balance between dating and their kids, and some were quick to support Barrymore in her struggle. “I was adamant that my kids would not meet the men I dated after my divorce from their dad until I was dating someone whom I believed was a serious contender for my heart. The first man they met was the man that I ended up marrying. There is no rule book. Trust your gut, but trust your heart, too. Good luck, Drew. We all deserve our own happily ever after,” wrote one parent, while another wrote, “I love you omg!!! I know exactly the feeling especially single mum to three kids x.”

Barrymore did try her hand at going on a Zoom date, an experience she shared on Tuesday on Instagram, and credited the entire Queer Eye crew for helping her through the date.

Perhaps that’s what every parent needs if they’re going to try dating. An entire crew of supportive friends waiting in the wings.