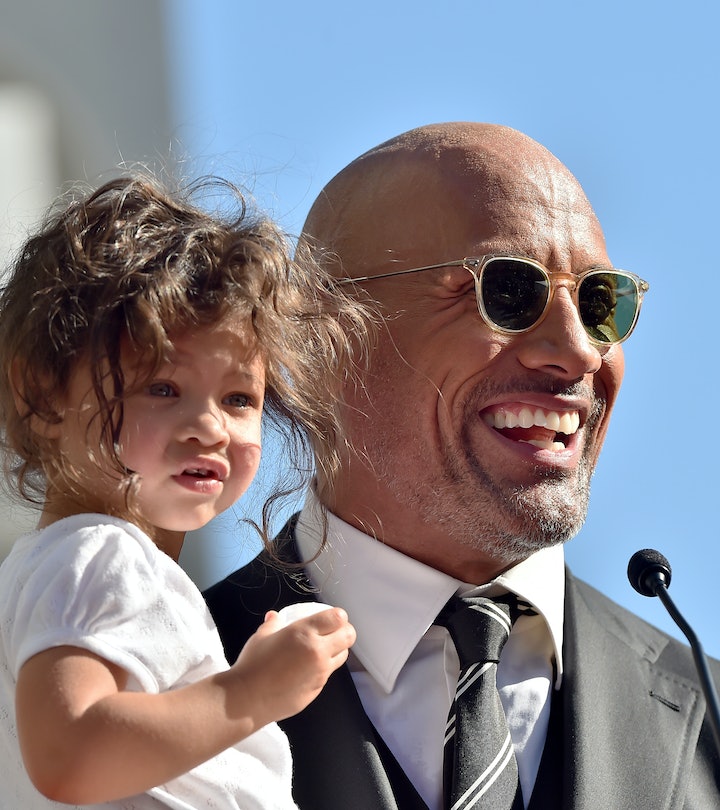 Obviously she ignored him and the Barbie in his hand.

Toddlers are the boss of everything, no matter who you might be. As evidenced by an Instagram post from Dwayne "The Rock" Johnson playing Barbie with his daughter. The superstar action hero with more than 200 million followers on social media was no match for his 2-year-old daughter Tia and her plans to bend him to her will. It seems it wasn't even a struggle for her to have him sit hunched over with a Barbie clutched uselessly in his hand while she proceeded to ignore him and do "whatever she wants." Sound familiar at all?

The Jumanji star knows a thing or two about raising daughters by this point, of course. He is dad to three girls, 19-year-old Simone with first wife Dany Garcia, 5-year-old Jasmine, and of course little Tia with wife Lauren Hashian. Presumably his experience with raising girls prepared him for a little post-Christmas Barbie time with his daughter. Especially since he is a well-respected actor who even voiced a Disney character, Maui in the hit animated feature Moana. He has used his Maui voice with his daughters before, rapping his song from Moana to encourage them to wash their hands.

The Rock might have been expecting to employ some of those above average voice skills for a little Barbie time with his 2-year-old. Instead... he was left to sit on the sofa watching her ignore both him and the Barbie in his hand.

Dwayne Johnson plays Barbie with his daughter. Sort of.

As Johnson explained in the caption, "Post Christmas, 'Daddy come play Barbie with me' which in reality means..Daddy holds this Barbie for a solid 45min straight while baby Tia does whatever she wants and completely ignores Barbie the whole time It’s 5 o’clock somewhere right? Hope your Christmas was a good one, my friends." He also added the hilarious hashtag #DeathGripOnBarbie, and if you look closely at his fist; yep. He definitely has Barbie in a death grip. Perhaps because he is just that prepared to jump into the game at a moment's notice.

The patient dad has been taking to social media over the holidays to share some highlights of his family's Christmas, several of which appear to be dominated by his love (and service) to his young daughters. For instance, on Christmas morning when she decided to stop opening presents so she and her dad could watch The Lion King... "for the 978th time." Or when he was left to clean up all of the detritus of Christmas morning on his own.

As he noted in that particular post, "that's the way love goes." Especially for parents.