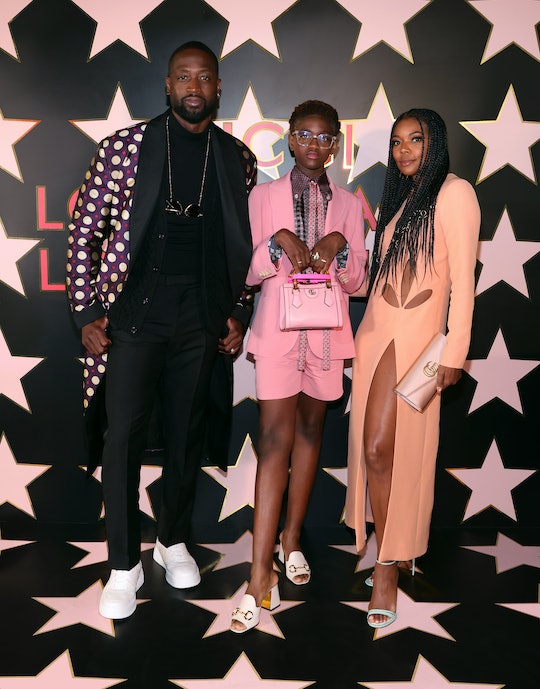 The NBA legend announced in 2020 that Zaya identifies as transgender.

Dwyane Wade is supporting his 15-year-old transgender daughter in a big way. The NBA legend has filed court documents to legally change his daughter’s name to Zaya Malachi Airamis Wade.

Wade filed paperwork with the Los Angeles Superior Court on Aug. 17 to legally change his daughter’s name to Zaya Malachi Airamis Wade, according to legal documents obtained by The Blast. The outlet also reported that Wade “has full authority” to decide on behalf of the “petitioning minor” and that he did not need the permission of Zaya’s mother and his former wife, Siohvaughn Funches, to make the decision, but notified her of his petition “as a courtesy.”

Wade’s filing with the court comes two years after basketball pro officially announced that Zaya identifies as transgender. “We are proud parents of a child in the LGBTQ+ community and we’re proud allies as well,” Wade told Ellen DeGeneres during a Febuary 2020 appearance on the Ellen DeGeneres Show with his wife, Gabrielle Union. “We take our roles and responsibilities as parents very seriously.”

Union and Wade are strong advocates of the LGBTQ+ community and supporters of their daughter, and all of their children. Zaya has two brothers, Zaire, 20 and Xavier, 8 from Wade’s previous relationships. He and Union have one child together, their daughter Kaavia, 3. “We want to make sure [our kids] feel strong and supported and free to be exactly who they are,” Union told People in 2021.

But just as much as they are supportive they’re also fiercely protective of Zaya, as the NBA pro expressed to CNN’s Poppy Harlow at the TIME100 summit earlier this year. “As blessed as it is for my daughter to have parents who can support her, I’m still afraid every moment she leaves the house,” Wade said. “And not just because of gun violence, but because of the way people perceive her in this world.”

Through and through, Wade’s unwavering love and support for his daughter is beautiful. In an especially heartwarming post written to Zaya, Wade opened up about his “unconditional love” for his daughter. “Unconditional love, simply put, is love without strings attached. It's love you offer freely,” Wade wrote in a 2020 Instagram post. “You don't base it on what someone does for you in return. You simply love them and want nothing more than their happiness. This type of love, sometimes called compassionate or agape love.”

More Like This
Nick Cannon Announced The Birth Of His 9th Child, A Daughter Named Onyx
Ben Stiller Hit The Emmys Red Carpet With His Daughter Ella
John Mulaney Teaches His Son To Say "Ahh" After Drinking Water In A Super Cute Video
Kanye West Apologizes To Kim Kardashian For The Stress He Caused The Mother Of His Children