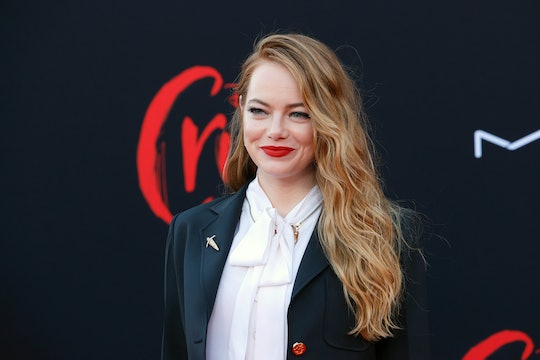 Louise Jean is about to top the baby name charts!

Months after quietly welcoming her first child, some details about Emma Stone’s daughter have been revealed. For starters, the actress and her husband, Dave McCary, have reportedly chosen a beautiful and classic name for their baby girl that pays homage to an important woman in Stone’s life.

TMZ reported that, according to the newborn’s birth certificate, Stone and McCary named their daughter Louise Jean McCary. When the Amazing Spider-Man actor gave birth back in March, the baby’s gender and her name were still unknown. But while Stone has not commented publicly about her daughter or new role as a mom, connections about her baby’s name have been made.

Stone’s full name is Emily Jean Stone, so her daughter will carry on her own middle name. But that’s not all. According to TMZ, Stone’s grandmother’s name is Jean Louise, so the actor did a little switch for her daughter. Beyond the family significance behind her name, Louise is a strong name that means “renowned warrior,” according to Nameberry.

Years before Louise was born, Stone said during a 2018 Elle interview with Jennifer Lawrence that her “perspective about kids” and starting a family had changed over the years. “My perspective about kids has changed as I’ve gotten older. I never babysat or anything,” Stone told Lawrence. “As a teenager, I was like, ‘I’m never getting married, I’m never having kids.’ And then I got older and I was like, ‘I really want to get married, I really want to have kids.’”

Stone and McCary, who previously worked as a segment director on Saturday Night Live, got engaged in December 2019 and then got married in 2020. The couple is overall pretty private about their life — Stone doesn’t even have a public Instagram account — but McCary did post the happy update about their engagement on his Instagram.

However, since giving birth, the new mom made her first major red carpet appearance for the premiere of Cruella, which is available on Disney+ and in theaters.