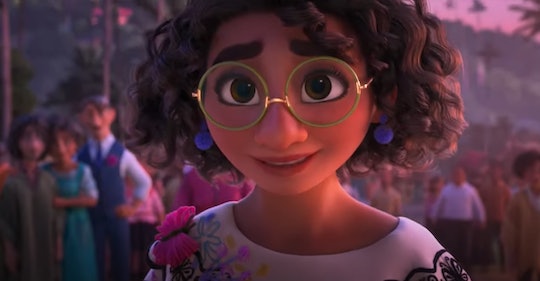 Try it on your whole family.

If you like Encanto then you're going to love this social media filter. Instagram has a new filter inspired by the hit film.

The filter portrays IG users with character Mirabel Madrigal’s signature black curls and glasses. It’s available through your mobile device. Encanto filters are also popular on TikTok, including a character filter and the shapeshifting filter.

The internet can’t stop talking about the Madrigals family. The hashtag has 17.5 billion views on TikTok and a million views on Instagram. The song, “We Don’t Talk About Bruno” is the number one song on the Billboard Hot 100.

“I did know it was catchy because when I was first writing it, I would catch my kids singing it just from overhearing me write it,” Lin-Manuel Miranda, who composed the song, told The Today Show.

He added that he had to get an NDA created for toddlers so his friends wouldn’t share the song with their friends.

“I was like, you guys can’t sing this at school. We can only sing this around the house,” he shared. “Because your friends don’t know the song, yet. We don’t talk about ‘We Don’t Talk About Bruno.’”

Encanto is on Disney+.

More Like This
'Clueless' Is, Like, Totally Still A Good Teen Movie In 2022
10 Of The Raddest Movies From The '90s To Watch On Girls Night
Marcel The Shell Is Officially A Movie Star
Where Are The Toys Of Toy Story Today?