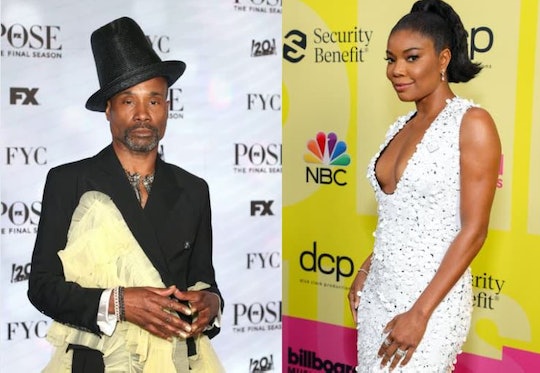 The movie is said to be a cross between Superbad and Booksmart.

Gabrielle Union has put on her producer hat. The author and actress has secured a deal with Amazon to produce an upcoming comedy called To Be Real about three queer high school seniors “who go on the ultimate quest to attend their first New York Pride parade,” Deadline has reported. What’s more, Pose’s Billy Porter is set to direct the movie.

The movie will be produced under Union’s production company, I’ll Have Another Productions. According to Variety, To Be Real “follows three queer friends who escape their hometown for Pride Weekend in New York City where they discover that life over the rainbow is an insane, raunchy, often divisive, but ultimately FIERCE non-stop party.”

No release date has been set for the movie yet, but it’s said to be an “LGBTQ Superbad crossed with Booksmart,” so it sounds like we can expect plenty of raunchy jokes in this coming-of-age comedy.

In addition to To Be Real, Porter is in the process of making his directorial debut with What If?, a drama about a trans teen “navigating a senior-year relationship,” according to Deadline.

Both Porter and Union have long been advocates of the LGBTQ+ community. Porter delivered the 2021 LGBTQ State of Union Address calling for protection against trans women of color and unity. “Through our compassion and resilience, we survived a year of challenges that seemed insurmountable at times,” Porter said during his speech in March. “And while we continue to face many of these adversities in 2021, I can confidently say that our union remains strong as we march toward greatness and inclusivity.”

Union and her husband Dwyane Wade are parents to their trans daughter, Zaya, 13. Wade shares Zaya and his son, Xavier, with an ex. Since the teen came out as transgender last year, the couple has been beautifully supportive of their daughter’s journey. As the Shady Baby author told People, “We want to make sure [our kids] feel strong and supported and free to be exactly who they are.”