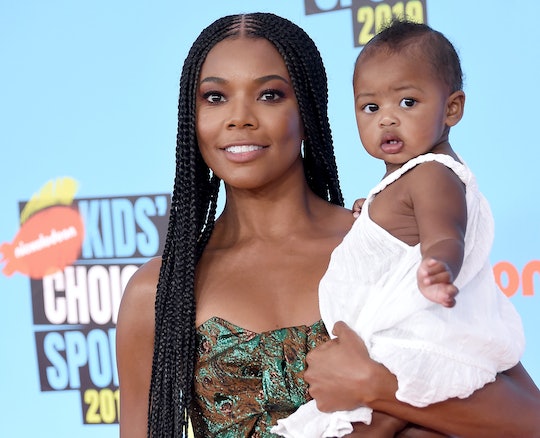 No one could ever accuse Gabrielle Union’s daughter Kaavia James of being unoriginal. The hilarious 2-year-old has a massive following on social media for all of her reactions to everyday life, and her title of “Shady Baby” is well earned. Even when she is singing her little heart out. In a new video shared on Union’s TikTok, it’s clear that Kaavia’s version of “Let It Go” in the car deserves either a Grammy or an Oscar. Because she sounds pretty terrific but it’s the expression on her face that really nails it.

Union and her husband, former NBA star Dwyane Wade, are raising little Kaavia alongside Wade’s three children from previous relationships, 19-year-old Zaire, 13-year-old Zaya, and 7-year-old Xavier. Maybe it’s having all of those older, adoring siblings who have helped foster such a strong little personality in Kaavia, or it’s simply the young girl herself.

Whatever the reason, Kaavia sang Frozen’s “Let It Go” from deep within her soul in her mom’s car recently, getting right into the spirit of the music. Even if she did somehow manage to look vaguely annoyed throughout her performance. Anyone else detect a slight eye-roll? Until the end, when she looked incredibly proud of herself and Union wrote, “The moment she knew she nailed that.” That is some inspiring confidence right there.

Union’s TikTok of Kaavia belting out “Let It Go” saw some impressive reviews, with social media users leaving messages like, “she got the expressions and everything down cold,” and “it’s the high notes and improvising for me.”

Kaavia is a social media star in her own right, with her own Instagram following of 1.7 million. Her parents wrote the children’s book Shady Baby based on their daughter’s habit of being real and original. In a July 12 Instagram video, Kaavia James was seen heading off to soccer practice looking determined and driven while wearing a full princess dress. “When being a princess doesn't stop you from going to soccer practice. That's called ‘range’ and I've got it,” the caption read.

No one would question whether or not Kaavia James had range. Not unless they wanted to be skewered with her trademark side-eye, that is.