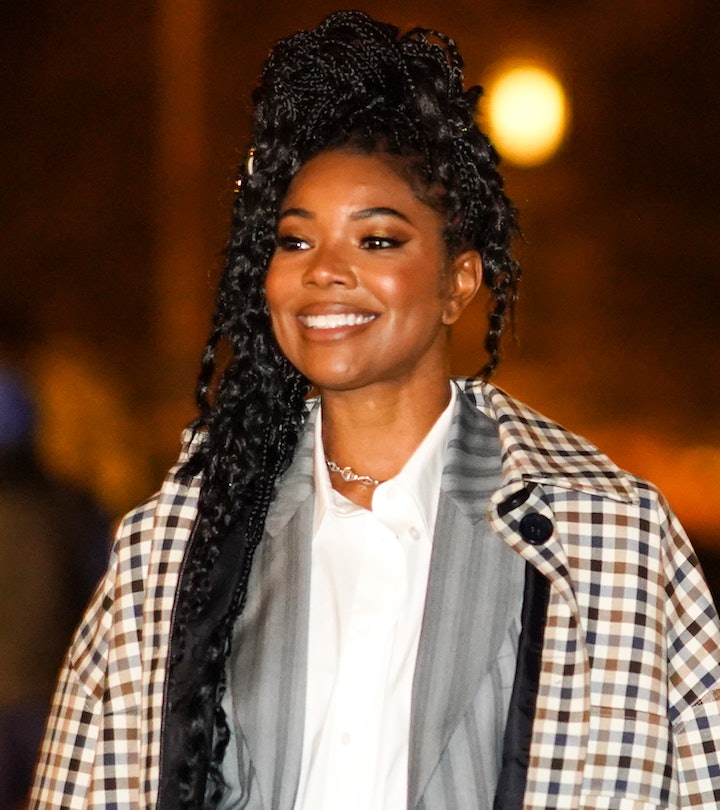 "What I'm trying to do with our two daughters is understand that if I cannot provide a school environment that is as diverse as the global population..."

Representation matters. It's a phrase that's overly stated but never overrated, and one that people need to be reminded of regularly. For actress and mom Gabrielle Union, representation is seeing it in her kids' schools and in their teachers. The Being Mary Jane actress penned a touching essay for ELLE about Black beauty and the importance of reaffirming Blackness for her kids.

In her essay, the 46-year-old actress talked about "bridging the gap" and reaffirming her children's Black identity in a society that's still so anti-Black. "We're trying to bridge that gap and be very purposeful about the schools the kids go to and what their faculty and administration physically look like," Union wrote for ELLE. "And then, if there's not enough kids in the school creating outside peer groups, just keep reaffirming."

"Then you have to hope for the best," she continued. "Every kid is different, so it's a bit of a crapshoot. And as the world keeps changing, there's so much anti-Blackness that keeps rising up. You just have to be diligent to fight it with self-love and the elevation of Blackness."

As a mother to her 2-year-old daughter Kaavia James with husband Dwyane Wade, who also has two sons, 7-year-old Xavier and 19-year-old Zaire, and a 13-year-old daughter named Zaya, Union has opened up previously about conversations about Black beauty with her children. For example, during a conversation with activist and journalist Ashlee Marie Preston for Harper's Bazaar about her haircare line in August 2020, Union said, "However our children choose to present themselves is a personal choice. No matter what, they're beautiful and amazing. I just want them to have healthy hair and know how to care for it."

While Union recently announced she and Wade wrote a children's book called Shady Baby inspired by their daughter, she agued in her ELLE essay that Black representation needs to go beyond reading a magazine or book. "It's not just enough to hand them a magazine or a book or watching Black Is King on a loop," she wrote. "We have to surround them with additional teachers they may not see at school. It becomes another job. Part of that is constantly reaffirming their Blackness outside of them so they can constantly see themselves in the flesh, mirroring what we're teaching at home."

Read her full essay over at ELLE.