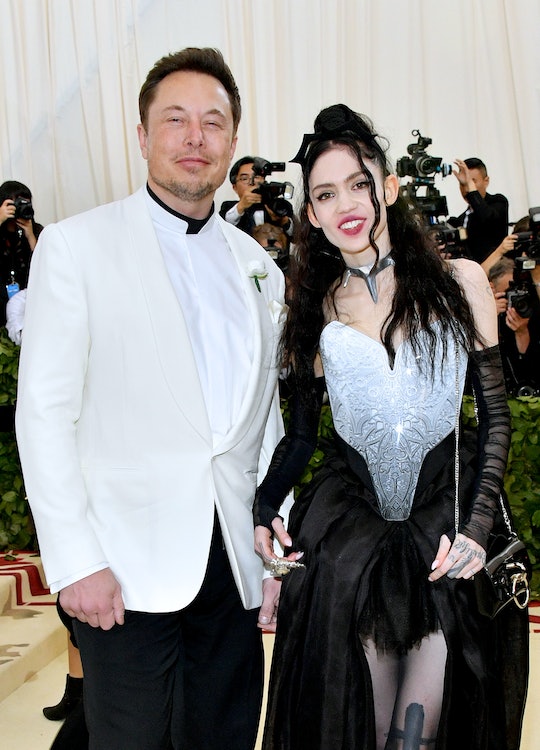 The mom of two described her little girl’s name as “fire.”

Congratulations are in order! In a recent interview with Vanity Fair, Grimes shared a surprising announcement that she and Elon Musk had welcomed a second child in December. The singer gave birth to son X Æ Aii, who they call X, in May 2020, and now X has a little sister. And her name, as Grimes revealed, is Y.

The singer shared with Vanity Fair that she and Musk welcomed daughter Y via surrogate in December 2021, although Grimes didn’t share details of her daughter’s exact birthday. She did, however, share her daughter’s full name via text to the magazine. “Her full name is Exa Dark Sideræl Musk,” she wrote, adding, “It’s fire.” Y’s full name should not come as a surprise to anyone given the couple’s history with unusual names. When they welcomed their son in 2020, they were forced to change his name due to a California law prohibiting numerals to be included in a child’s name.

When it comes to baby Y, however, Grimes was hesitant to share too much information about her daughter. “I’m not at liberty to speak on these things. Whatever is going on with family stuff, I just feel like kids need to stay out of it,” she told Vanity Fair. “And [our son] X is just out there. I mean, I think E[lon] is really seeing him as a protégé and bringing him to everything and stuff.… X is out there. His situation is like that. But, yeah, I don’t know.”

She did admit, however, that baby Y was a bit colicky. Which ostensibly explained why Y cried during the interview and made her presence known to the world.

Baby Y is the second child for Musk and Grimes together, and he shares five older sons with ex-wife Justine Wilson; 17-year-old twins Griffin and Zavier, and 15-year-old triplets Kai, Saxon, and Damian. The Sun reports that he shares custody of his older sons with Canadian author Wilson.

Grimes noted in her Vanity Fair interview that she and Musk hope to have “at least three or four” children together while continuing to live in separate homes and lead separate lives. A less conventional relationship that makes them both happy. “We’re best friends,” she said in the interview. “We see each other all the time…. We just have our own thing going on, and I don’t expect other people to understand it.”