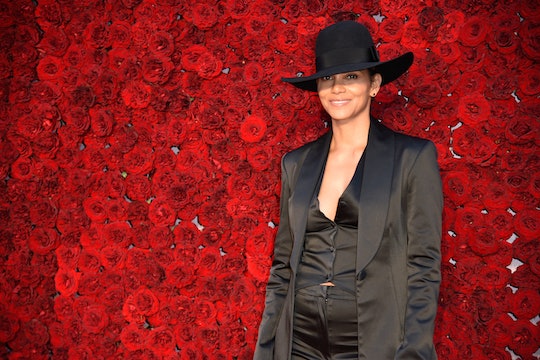 From lighting matches to pooping chocolate chips, this elf has been anything but nice.

The Hollywood A-lister has been sharing pictures of her Elf on the Shelf doll getting into some mischievous activity that will no doubt land him on the naughty list. One image shows the elf lighting matches, with plans to burn down Barbie's dreamhouse. In another picture, the elves are in the middle of a snowball fight with mini marshmallows on the kitchen counter and making a popcorn mess inside of the microwave.

Berry's elf seems to know no boundaries, with one image revealing him peeing in a cup of lemonade and pooping chocolate chips into a candle.

The actress and mother of two posted the pictures on her Instagram on Dec. 22.

"Our goddamn #ElfOnAShelf family is as mad about 2020 as everybody else," she captioned the post and hashtagged it "#TisTheSeasonToBeNaughty".

Fans were tickled by Berry's creative twist on the holiday trend.

"I always thought elf on a shelf was lame... not yours, " one fan wrote.

Berry replied, "That made me smile. Thank you. I do it for the kiddies," referring to her kids, Nahla, 12, and Maceo, 7.

Berry's elves are not the only ones who have been naughty. A Chicago makeup artist's elf shaved a bald spot in the back of a man's head while he was sleeping. English actress Rochelle Humes's elf made a toilet party mess in their home. Some celebrities have even been recreating their own versions of Elf on the Shelf by turning themselves into elves. Overall, this naughty elf trend is actually kind of nice... or at least really, really funny.