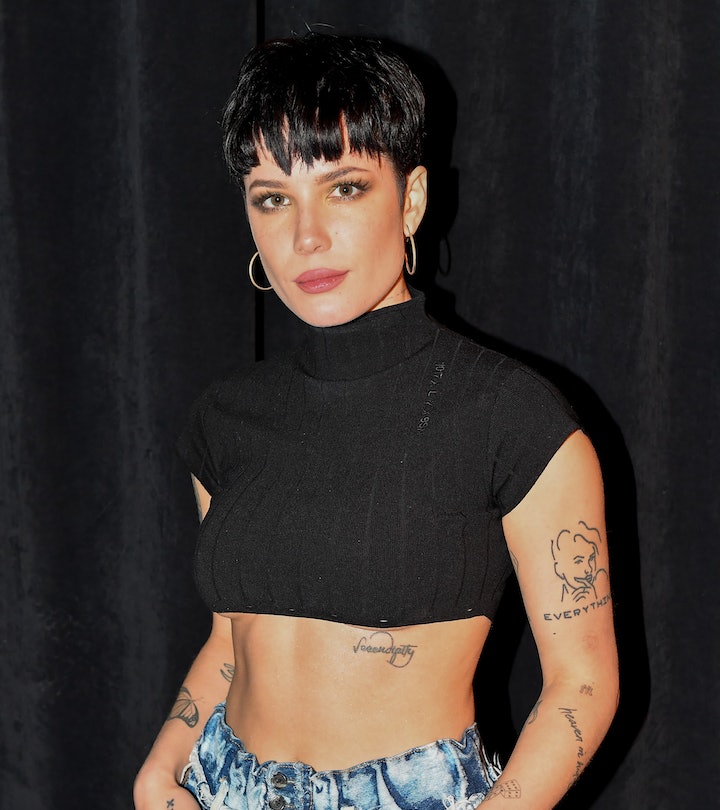 Halsey Opens Up About Their Postpartum Body: “I Will Never Have My ‘Pre Baby Body’ Back”

“My body has felt like a stranger’s for a long time.”

Just three months after giving birth to their son, Ender Ridley Aydin, Halsey was back on stage performing on Saturday Night Live on Oct. 9. But in the days following the performance the singer was quick to address their body and any comments that might be made since giving birth in July. Halsey’s postpartum Instagram post, written on Monday, is so honest about those first few months of postpartum motherhood.

The “Without Me” singer took to Instagram where they shared five different photos of their postpartum body, writing that they were posting the picture because people had been talking about their body and ability to bounce back three months after giving birth in July after performing two songs on Saturday Night Live. “My body has felt like a stranger’s for a long time,” they wrote in the caption of the Instagram post.

“A lot of people don’t know that you still look pregnant for a while after,” they noted. “It is still changing and I am letting it. I have no interest in working out right now. I’m too tired and too busy playing with my darling son.”

The singer noted that the outfits that they wore during their performances on Saturday Night Live had been custom tailored and were not meant to show that you have to look “great” after giving birth. “That is not my narrative currently,” they wrote.

“If you’ve been following me because you’re also a parent and you dig what I’m doing, please know I’m in your corner,” they continued. “I will never have my ‘pre baby body back’ no matter how it changes physically because I have now had a baby!”

This isn’t the first time that Halsey has spoken about their postpartum experiences. After skipping out on the 2021 Met Gala in September, Halsey wrote on Twitter that they had “leaky boobs, a swollen uterus, and a human being that depends on me as a life force.” “But postpartum does not discriminate,” they added. “That’s all I meant to say.” Halsey even shared a photo of them pumping from back stage of Saturday Night Live on Saturday, showing that the work as a mother never stops.

The singer doesn’t owe anyone an explanation about how their body should look like three months after giving birth. But their truthfulness about returning to work and performing so soon after giving birth is admirable. “But in the spirit of honesty, I’m really tired and not a superhuman and this is really hard,” they added.

They’ve got that right.