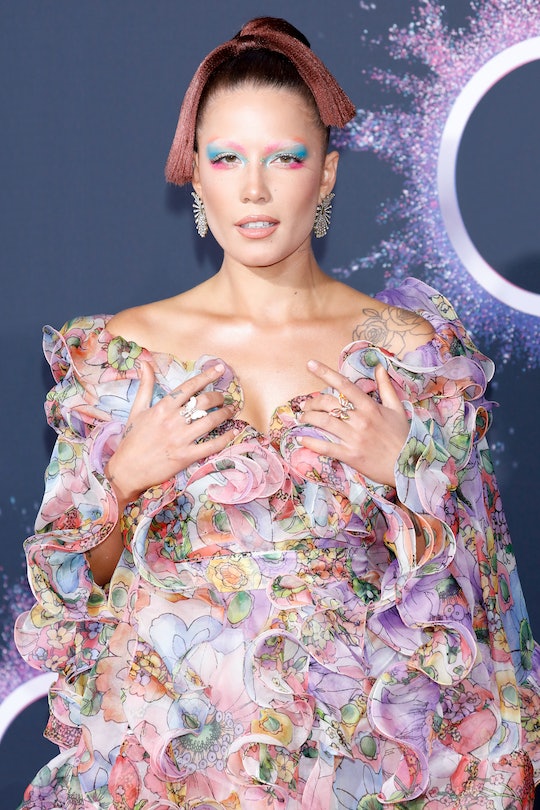 "Gratitude. For the most 'rare' and euphoric birth.”

Halsey is officially a mom! Along with two gorgeous black and white photos, the 26-year-old singer announced on Instagram that she welcomed her first child with her boyfriend, Alev Aydin, on July 14, 2021. She also revealed the little one’s sweet name.

"Gratitude. For the most 'rare' and euphoric birth. Powered by love," Halsey captioned her birth announcement on Instagram, adding her newborn’s name is Ender Ridley Aydin. As she hinted in her caption, the name “Ender” is of Turkish descent and means “very rare.”

Halsey’s announcement comes seven months after she revealed her pregnancy on Instagram back in January in a slideshow of beautiful maternity pictures. “surprise!” she captioned the post at the time, which featured three photos of herself posing with her baby bump.

Halsey’s journey to motherhood hasn’t been the easiest. The “Without Me” singer has previously opened up about her fertility struggles, including her endometriosis diagnosis and suffering a miscarriage in 2016. In her song “More,” for instance, she mentions her desire to become a mom and the miscarriage experienced. But in a 2020 interview with The Guardian, she said she was reluctant to release it at the time. “It’s the most inadequate I’ve ever felt. Here I am achieving this out-of-control life, and I can’t do the one thing I’m biologically put on this earth to do,” she told The Guardian. “Then I have to go onstage and be this sex symbol of femininity and empowerment? It is demoralising.”

Fast forward roughly one year later and her little one is finally in her arms.

Just ahead of her child’s birth, Halsey celebrated pregnancy and postpartum bodies with the cover for her upcoming album If I Can’t Have Love, I Want Power. “This album is a concept album about the joys and horrors of pregnancy and childbirth. It was very important to me that the cover art conveyed the sentiment of my journey over the past few months,” she explained on Instagram earlier in July. “... This cover image celebrates pregnant and postpartum bodies as something beautiful, to be admired. We have a long way to go with eradicating the social stigma around bodies & breastfeeding. I hope this can be a step in the right direction!”

And on Monday, Halsey’s fans and famous friends quickly took to her comments to celebrate this moment. “The most beautiful family! congratulations,” Olivia Rodrigo commented, while Demi Lovato excitedly wrote, “Congratulations!!!!”