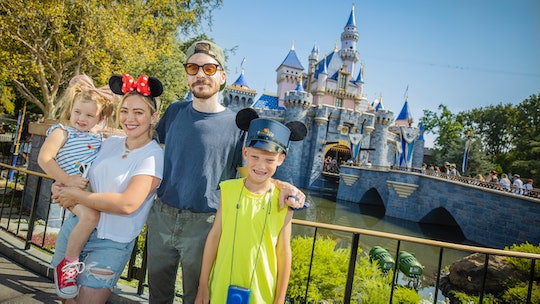 “I have to listen to my own music because my daughter’s screaming, "I want ’parks, I want ’parks.’”

Like so many moms driving around with toddlers, Hilary Duff doesn’t get much say when it comes to music selection in her car these days. And from the sounds of it, she would really, really like to change the channel, as it were. Because Duff’s 3-year-old daughter, Banks, has discovered that she loves her mom’s music, and the How I Met Your Father actor is now stuck driving around listening to tunes she recorded herself. An experience she described to Cosmopolitan as “so embarrassing.”

The Lizzie McGuire alum has long been a recording artist, as her fans well know, and in 2015 she recorded the song “Sparks.” It’s a song that apparently deeply resonates with her daughter Banks, whom Duff is raising alongside 9-month-old daughter Mae with husband Matthew Koma and 9-year-old son Luca from her previous marriage. When asked about the song she recorded seven years ago, Duff told Cosmopolitan, “I can’t get away from it because someone exposed my 3-year-old to it. We get in the car, and I have to listen to my own music because my daughter’s screaming, ‘I want ’parks, I want ’parks.’”

Hilary Duff’s daughter is a big fan of her mom’s music.

Instead of being flattered by her daughter’s clear adoration of her music, Duff finds the whole experience mortifying. “I’m rolling up to her preschool, and every time I turn it way down she’s like, ‘Why do you turn it off? Why you turn it off?’ Like, girl. I’m not rolling up to your preschool blasting my own s**t. So embarrassing.”

Duff’s little girl has a history of knowing her own mind, so her mom probably isn’t terribly surprised that she won’t let her love of blasting “Sparks” in the car go. She has been known to belt out Dolly Parton’s “Jolene” from her car seat at the top of her lungs, for instance, and Duff called her “my fireball of a girl” in her third birthday tribute.

The kid has taste. She knows what she wants. And it looks like her mom is going to have to get comfortable with blasting her own music on the way to preschool. Banks doesn’t sound like she’ll change her mind any time soon.