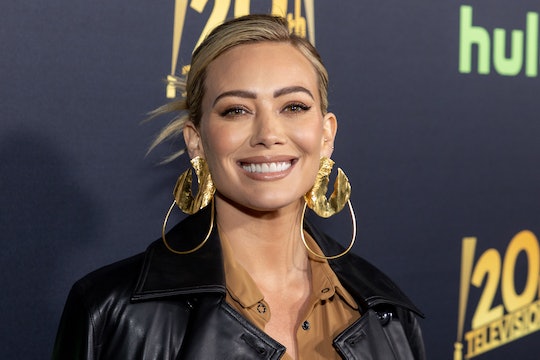 There are parenting tips and tricks people learn as they have more than one kid. Little coping mechanisms that can be honed with each child to make life easier. On the ground, that is. Absolutely zero rules apply when you are on a plane no matter how many kids you’ve raised. Ask mom of three Hilary Duff, whose daughter Mae was apparently a “caged animal” on a recent flight to Hawaii and traumatized her mother so badly she had to unload on Instagram about the nightmarish flight.

Duff and her husband, Matthew Koma, were flying to Hawaii for a vacation as a family of five, including 9-year-old son Luca (who she shares with ex-husband Mike Comrie), 3-year-old daughter Banks, and 1-year-old daughter Mae. The How I Met Your Father star explained in a lengthy Instagram Story that she had “never been so embarrassed in my life” as she had during her five hour flight with Mae. It was so bad, apparently, that she wasn’t even willing to give her little girl any excuses.

“She was the naughtiest baby — and before I hear all the comments, about like, 'Oh, it's her ears or her teeth.' No. Nope. She was perfectly fine,” Duff said. “But she has found this new level of volume when she screams.”

Mae was having a real time of it on the plane, which naturally meant everyone else on the plane was having a time of it as well. “It's so loud and it goes on for so long and it's truly wild,” Duff explained. “Like a caged animal. And it happened for probably four out of the five and a half hours it takes to fly to Hawaii from L.A. It was unhinged. We were freaking out. There was nothing we could do. Everyone hated us for sure.”

Duff even tried apologizing to one man sitting across the aisle and said he couldn’t even speak, just shook his head and sort of growled. So yes, it does seem that the other passengers were less than impressed.

Unfortunately for Duff, Mae made it clear she only wanted her mom which meant she “held her the entire time, and she wasn't unhappy, she was just loud. Loud loud loud.” Luca was sitting beside his mom and so well behaved that she called him “the true angel” and little Banks was a “champ,” so at least she didn’t have to contend with three screaming kids.

Such is the way of traveling with babies. The gloves come off.