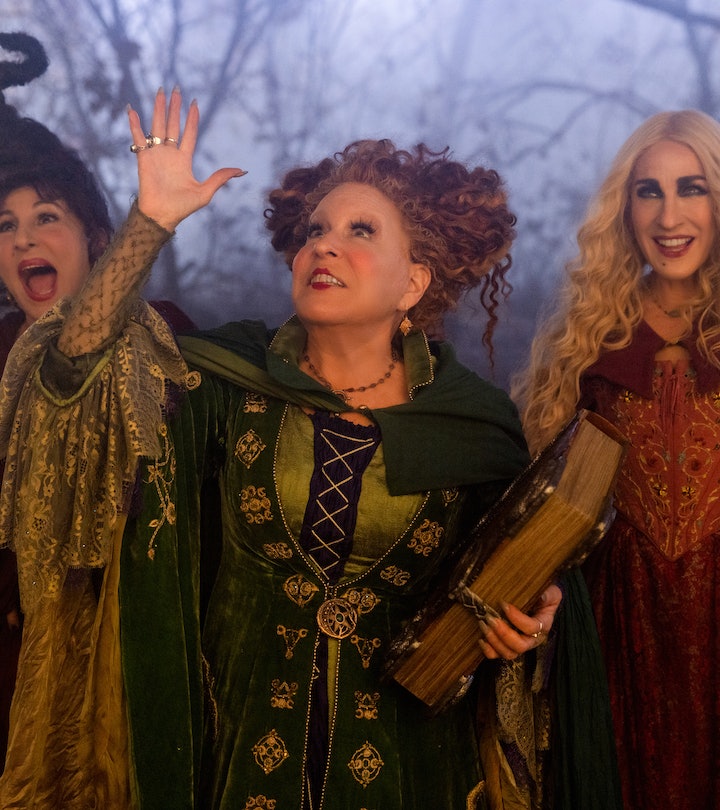 The Hocus Pocus 2 Cast Will Be Missing Some Familiar Faces

And a bunch of new faces are joining the cast!

As we finally, finally hit the home stretch of waiting to watch Hocus Pocus 2 on Disney+, I think we can be forgiven for getting a bit nostalgic for the original. Remembering sweet, new kid Max Dennison falling immediately in love with local girl Allison before lighting the black flame candle as a virgin and calling forth the three Sanderson Sisters to suck out the souls of young children to look eternally young. And while our excitement cannot be diminished, it turns out the Hocus Pocus 2 cast will not be bringing some of the original movie’s characters back to life. Not even with the Black Flame Candle. Here’s everything you need to know.

Who’s coming back in Hocus Pocus 2?

Now before you have a fit of the vapors, I can confirm that all three Sanderson Sisters will be back for Hocus Pocus 2. Bette Midler will reprise her role as head witch Winnifred Sanderson, Kathy Najimy will again play her sister Mary. and Sarah Jessica Parker is coming back to play Sarah.

Another cast member who will reprise his role from the 1993 original Hocus Pocus is Doug Jones, playing dead man walking Billy Butcherson.

Who won’t return in Hocus Pocus 2?

Director Anne Fletcher told Entertainment Weekly that the three protagonists of the original Hocus Pocus, Max Dennison (played by Omri Katz), little sister Dani (Thora Birch), and Allison (Vinessa Shaw) will not be returning for the sequel even though they are definitely all fan favorites.

“It was very difficult to try to have them be a part of it, because we did talk about it — painstakingly,” she told the outlet. “You're trying to stay on track with story, even if they came in as a cameo. People would say, ‘They could be in the background!’ and I'm like, really? You're going to put the leads of the first movie in the background and be satisfied? You're not going to be satisfied, you're going to be angry.”

Also not returning; Larry Bagby and Tobias Jelinek, who played bullies Jay and Ernie, and the voice of the cat Thackery Binx, Jason Marsden.

We will certainly miss seeing Max, Dani, and Allison trying to stop the Sanderson Sisters in Hocus Pocus 2, but we will also be somewhat mollified by a whole new cast of characters joining the new movie. Sam Richardson, Hannah Waddingham, Whitney Peak, Belissa Escobedo, Lilia Buckingham, Froyan Gutierrez, and Tony Hale are all joining the cast of Hocus Pocus 2, so you know it’s going to be good. Was there ever any question?

How to watch Hocus Pocus 2?

Mark your calendars and cancel your plans now. Hocus Pocus 2 premieres on Disney+ on Sept. 30.

More Like This
Here's Where The 'Hocus Pocus' Characters Are 30 Years Later
Witchy Vibes, Salty Language, & More: What Parents Need To Know About Hocus Pocus 2
All The Nights Hocus Pocus Airs On TV In October 2022
10 Facts About 'The Nightmare Before Christmas' That May Surprise You