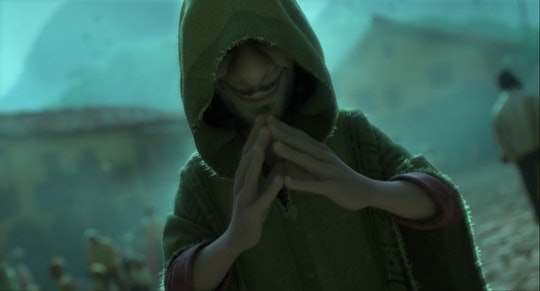 (As many times as you want, we don’t judge.)

Even though the song wasn’t nominated for an Oscar, “We Don’t Talk About Bruno” was the stand-out favorite from Encanto, reaching #1 on the Billboard Hot 100 chart, a feat not accomplished by a song from a Disney movie since Aladdin’s “A Whole New World” in 1993. But while it couldn’t bring home one of those shiny golden statues, it was honored, in its way, with a live performance featuring members of the Encanto cast, celebrity guests, and a whole lot of incredible dancers. If you didn’t catch it the first time around, don’t worry: here’s how to watch “We Don’t Talk About Bruno” live Oscars performance.

While streaming the Oscars required cable, you can watch the live performance of “We Don’t Talk About Bruno” on YouTube, which was introduced by the man himself, John Leguizamo (aka Bruno).

The performance was highly anticipated.

The song aired a little before 10 p.m. ET, and many a fan was anxious with anticipation, including (among others) Kamau Bell. “Come on #Oscars!” he tweeted, and then, in all caps, “Let’s get to that performance of ‘We Don’t Talk About Bruno!’ I have kids!” (Honestly: no one likes cranky kiddos on a Monday because they stayed up too late on a Sunday!)

Anyone anticipating a shot-for-shot live performance of the film was going to be disappointed (and some were), but even critics couldn’t deny that the song dialed the celebrities and energy up to 11. Only the first verse was (basically) what we saw in the film. Later verses, with lyrics changed to honor the Oscars, were sung by the cast of Encanto (including Stephanie Beatriz, Diane Guerrero, Carolina Gaitán, Mauro Castillo, and Adassa), Becky G and Luis Fonsi. And no, we didn’t get Dolores’ mid-song rap, but we did get a verse from Megan Thee Stallion!

Lin-Manuel Miranda stood by the decision to nominate “Dos oruguitas” over “Bruno.”

He told Variety's Awards Circuit Podcast, “You have to pick the thing that best exemplifies the spirit of the movie, and ‘Dos Oruguitas’ contains all of it inside this song as opposed to a journey of a particular character. It’s the foundational story of how all of them got their gifts...but I’m not going to say it wasn’t hard [to pick].”

We don’t know how we’d have done, it, Lin. But he’s right: the grandparents in the film are named Pedro and Alma, names that mean “rock” and “soul,” so they are absolutely the foundation and spirit not only of the Madrigal family, but of Encanto itself.

More Like This
'Hocus Pocus 2' Officially Has A Release Date To Look Forward To
Travis Scott Is Passionate About HBCU Education & Put $1 Million Towards It
MGK Shared An Emotional Tweet After Dedicating Song To “Wife” & “Unborn Child”
Kate Middleton Explains Why Her Kids Couldn't Attend The Top Gun: Maverick Premiere