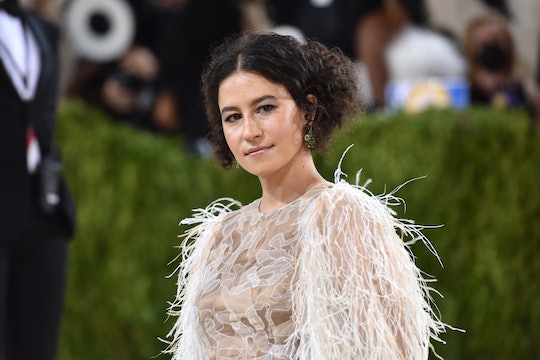 Before hitting up the biggest night in fashion on Monday, Ilana Glazer had to, as she put it, make some milk. The False Positive actress shared on her Instagram Story ahead of the event that she was busy pumping breast milk for her newborn baby while getting ready for the big night.

“This is Met prep. Making milk, Met milk,” the Broad City star said on her Instagram Story on Monday. Glazer, who announced that she gave birth to her first child with husband David Rooklin in July, also posted a video of her in the middle of pumping and captioned it, “Happy #metgala.”

At the Met Gala, actress Keke Palmer, who was hosting the Vogue livestream with Glazer, revealed that the new mom had to pump there as well. “My girl had to breast pump in the back,” Palmer said of Glazer, as People reported.

This isn’t the first time Glazer has documented her breastfeeding journey. Back in July, when she announced the birth of her little one, the actress posted another relatable photo of herself nursing on Instagram. “Been breastfeedin in compression socks for the past 3 weeks, hbu,” she captioned it.

Back in June, Glazer told E! News that the timing of her pregnancy was an “absurd cosmic joke,” since she played a pregnant woman in the Hulu original horror film, False Positive. “There were so many times [False Positive] was going to come out and the fact that it came out when I'm like not just pregnant but like, so visibly pregnant is so funny,” she told E! News at the time.

Although her pregnancy days are over, there was one thing Glazer did miss while carrying her bundle of joy that a few moms could relate to as well. In July, she wrote on her Instagram, “damn I miss weed.”