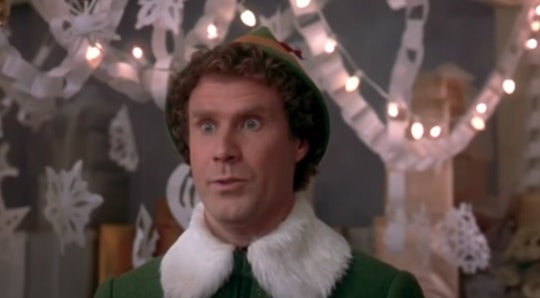 But a holiday classic when they’re older.

There’s no way around it, families love the colorful live-action Christmas movie Elf. The 2003 movie starring Will Ferrell as the ever-joyous Buddy the Elf seems like a movie tailor made to watch with the kids. And to an extent, it is exactly that. A silly, funny, kind movie that families return to year after year. But as happens with all things, there appears to be a limit to Elf’s charm with kids. Take the attention span of a 5-year-old, for instance. This age group might not be the target market for Buddy’s travels from the North Pole, through the sea of Swirly Twirly gum drops, or even as he passes through the Lincoln Tunnel. So is Elf appropriate for young kids to watch? Here’s everything you need to know.

Will kids younger than 5 enjoy watching Elf? Yes and no.

As a human raised by elves in the North Pole, Buddy’s sense of humor is mostly pretty innocent and tame, all things considered. But his story as a young baby who climbed into Santa’s (Ed Asner) bag and went to the North Pole, where he was adopted by Papa Elf (Bob Newhart) and raised as an elf does lend itself to some tongue-in-cheek humor. Especially once he arrives in New York City to meet the father he’s never met (James Caan) and falls in love with Jovie (Zooey Deschanel). The humor is very Will Ferrell-esque, which might mean that it will go completely over the heads of 5-year-old kids who are not known for their nuanced humor. There is a burp or two in the movie they should enjoy, however.

In Elf, the Santa is a little too cranky for little ones who still believe.

At the age of 5, it is not uncommon for kids to still believe in Santa Claus. And watching this frustrated, curmudgeonly version of Santa Claus grumble about Christmas spirit and talk about Joe’s Pizza in New York could very well wreck the magic for kids that age. Especially when they see someone dress as Santa Claus when Buddy is working at Gimbles Department Store and the two get into a huge fight. And let’s not forget, Santa is on the run from the Rangers in Central Park because they don’t like him. All rather dark stuff for that impressionable age group.

What is Elf rated?

Elf is rated PG for some mild rude humor and language. Also it’s worth noting that Buddy walks in on Jovie singing in the shower and they sort of accidentally perform a duet. The language is very mild too, so I wouldn’t worry too much about older kids.

Where can you watch Elf?

You can stream Elf on HBO Max, or rent it on Amazon Prime, Vudu, and iTunes. Just maybe hold off a few years if you are planning on watching with your 5-year-old. Especially if you’re hoping it will become a beloved classic for them when they’re a bit older. You don’t want them to get sick of it already, right?

More Like This
Marcel The Shell Is Heading To The Oscars!
10 Great Podcasts That Will Keep Your Kids Entertained On Your Next Family Road Trip
Exclusive: Watch How A Group Of Princesses Save The Day In Netflix's New Animated Series
The Purple Wiggle Is A Total Thirst Trap & Moms Are Drinking Him Up
What Parents Are Talking About — Delivered Straight To Your Inbox