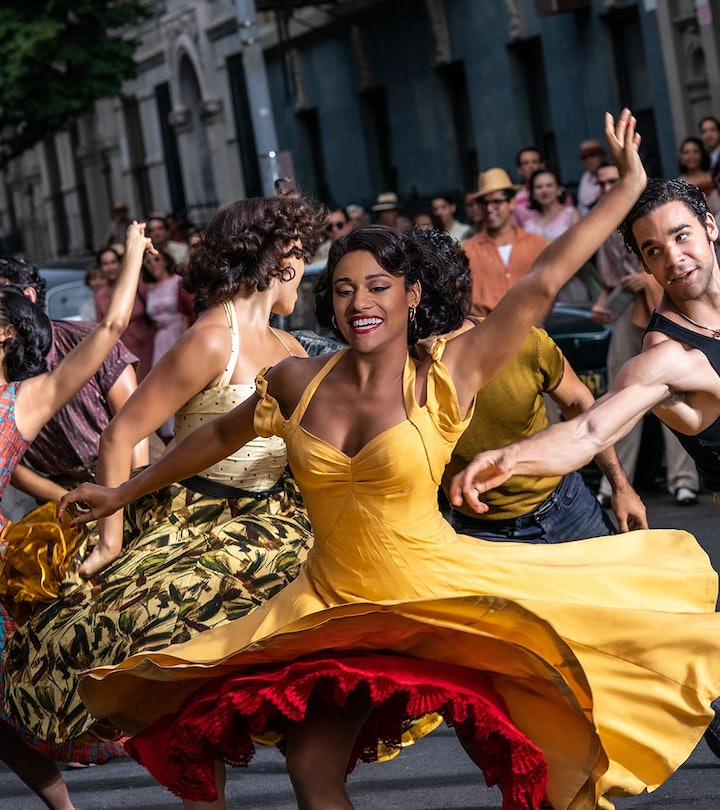 Is 'West Side Story' Appropriate For Kids? What You Should Know

Your older kids will love it, but proceed with caution if you have young ones.

West Side Story is everywhere right now. Steven Spielberg’s adaptation of the original 1957 Broadway musical was a gamble that paid off, particularly when it came to Oscar nominations. The movie has been nominated for seven Oscars, including Best Director for Spielberg and Best Supporting Actress for Ariana DeBose. Set in 1950s era New York, the films sets and costumes are stunning, and it has earned solid — and sometimes glowing — reviews. But is it the kind of movie you should watch with kids?

West Side Story tells the heartbreaking tale of star-crossed young lovers Tony and Maria, played by Ansel Elgort and Rachel Zegler. The characters live in New York City and get caught up in the world of rival gangs the Sharks and the Jets. The gangs are fighting for control of their corner of the fast-changing Upper West Side; Tony and Maria are effectively enemies who find love against the wishes of their respective families and friends. The movie and original Broadway musical are both based on Shakespeare’s Romeo and Juliet, but with amazing choreographed dance numbers, wonderful music by Leonard Bernstein, and oh yes... Rita Moreno.

‘West Side Story’ has a lot to recommend it.

There is a whole lot of good stuff in West Side Story for kids to see, including the fact that this update is a much less whitewashed version of the story. This time around, actors with Latino backgrounds played Puerto Rican characters, and the movie delves deep into the importance of social and racial injustice, per Common Sense Media. There are also themes of compassion and empathy, and of course, romance for the teens and tweens who might be interested.

While the movie has some important lessons and is generally entertaining, there’s some violence that would make it inappropriate for kids under the age of 13 or so. There’s a sexual assault scene, gang fights, and several deaths. The language can be a little strong at times as well, which could give parents pause when showing West Side Story to their younger kids. One sensitive 10-year-old we know was quite upset by the ending (it’s Romeo and Juliet after all — no one should expect a happy ending).

As luck would have it, West Side Story is available for streaming on Disney+, which will make it easier for kids to watch. West Side Story really is a beautiful movie for kids over the age of 13, fun and colorful and surprisingly insightful. So go ahead and watch it.

This article was originally published on Feb. 9, 2022