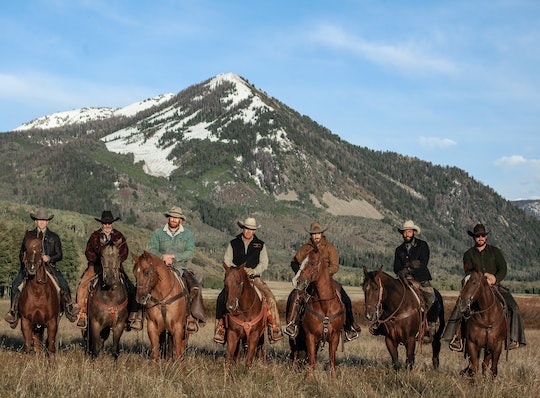 What Parents Need To Know About The Hit Drama Western Yellowstone

The Dutton family is not for everyone, specifically little ones. Yes, the characters get to ride horses all over the place and wear cowboy hats and hang out on a ranch just like so many kids wish they could do, but that is where the kid-friendly aspect ends for the hit drama western series Yellowstone. Apologies in advance if you were hoping Yellowstone was appropriate for kids to watch because there are a number of reasons why you’ll want them to stream something else.

Yellowstone tells the story of wealthy rancher John Dutton, played by Kevin Costner, living in Montana on the largest contiguous ranch in the country. The Duttons constantly have to protect the borders of their vast acreage against outside forces like land developers, state parks, and an Indian reservation. They also have to protect themselves from each other since it seems like they never really stop fighting over who might inherit the ranch when their dad dies.

John Dutton has three remaining children (Spoiler alert: His oldest son Lee, played by Dave Annable, dies in the first episode), daughter Beth played by Kelly Reilly, son Kayce played by Luke Grimes, and finally son Jamie, played by Wes Bentley. The family struggles not only with each other but with the elements, living in an almost constant state of some sort of danger or need to preserve the “Yellowstone” Dutton Ranch.

The series was renewed for a fifth season, so it looks as though the Duttons have yet to fight their last fight.

Why Yellowstone isn’t appropriate for kids

Well, in a word, murder. Who knew that ranchers had to kill people all the time? There are lots of animals being killed and people being killed as well for all sorts of reasons that make sense to the Duttons, but if that isn’t enough to make you reconsider watching Yellowstone with your kids, there are plenty of other reasons.

Partial nudity and sexuality, for instance, lots of swearing, drinking alcohol and smoking “like the classic Westerns it is influenced by,” as Common Sense Media’s review of the series explains. Oh yes, and let’s not forget that ranch hands who come to Yellowstone have the letter “Y” branded on their body with a hot iron. As one parent noted on Common Sense Media, “Too much violence against animals — unnecessary sexual content — too much profanity — none of the above adds to the story line.”

‘Yellowstone’ is not for kids.

Yellowstone is rated TV-MA for sexual references, though Common Sense Media’s review notes it might be OK for kids over 15 years old to watch. Many parents, however, note that kids shouldn’t dabble in the world of Yellowstone until they’re 18 or older.

How to watch Yellowstone after the kids go to bed

Yellowstone might not be for the kids, but millions of adults certainly love it. You can stream Yellowstone on Paramount+ and Peacock. If you want to watch something set in the Old West with the kids, check out some great family-friendly cowboy movies.