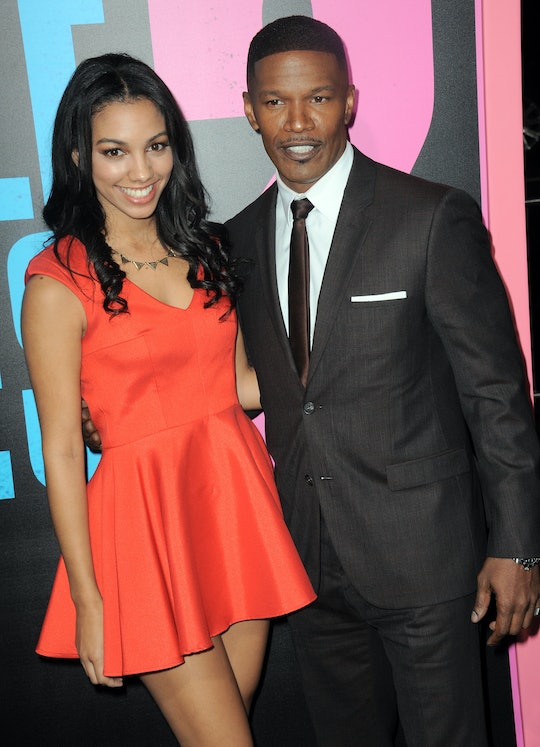 Jamie Foxx takes his job as a girl dad very seriously. On a recent episode of SiriusXM's The Mike Muse Show, the 53-year-old actor and comedian talked about his new book Act Like You Got Some Sense: And Other Things My Daughters Taught Me and revealed how he’s raising his daughters — Corrine, 27, and Annalise Bishop, 12 — feel empowered and confident.

During the interview, Foxx said he wants to instill the same values his grandmother taught him and that’s being able to “go anywhere in the world and be comfortable.” He added that America is full of labels for people, specifically African Americans, and tells his daughters to not be bothered by what other people think and to do what they need to do because people are “going to talk trash anyway.”

“We gotta prop [daughters] up,” Foxx told host Mike Muse. “So I take them to places, let them see women handling jobs in high places and empowering them in trying to unlock what has been locked for so many years with women of that, this is the only place you can go. This is as high as you can go.”

Foxx said he tells his daughters, “‘I want you to crack that glass ceiling. I want you to break it wide open because you mine.’’

Foxx’s daughters have clearly made him proud. Annalise, whom he shares with his ex, Kristin Giannis, is 5'10 and a talented basketball player. “Last time before the COVID, she had 21 point 17 rebounds five blocks,” he told Muse. As for his oldest Corrine, who he shares with his ex-wife, Connie Kline, Foxx said she “running part of my company, actually my producer on my shows.”

Corrine is an actress and producer and podcast host of “Am I Doing This Right?” She’s also been doing projects with her father. Most recently, she produced the Netflix series Dad Stop Embarrassing Me!, which was based on their relationship. The two also hosted the Fox game show, Beat Shazam.

Of course, having a comedian for a father, there are bound to be some funny moments. On a recent episode of The Tonight Show Starring Jimmy Fallon, Foxx recalled a time he called up his friend Snoop Dogg to try and scare one of his daughter’s boyfriends.

“My daughter, who didn’t know I had already run a background check on her boyfriend, he comes to the crib and Snoop happens to be there,” Foxx told Fallon on the Oct. 14 episode. “And I said, ‘Snoop, there he is right there. Shake him up.’ Snoop just walked over to my daughter’s boyfriend and just said ‘Hey, what’s up? What’s up cuz? You know. Hey, look here. You know. We her uncles, you know what I’m saying? So act accordingly, homie.’”

Foxx is a proud dad and his daughters also teach him a lot. In fact, his book, Act Like You Got Some Sense, is all about the lessons he’s learned from his grandmother and women in his life, including his daughters.